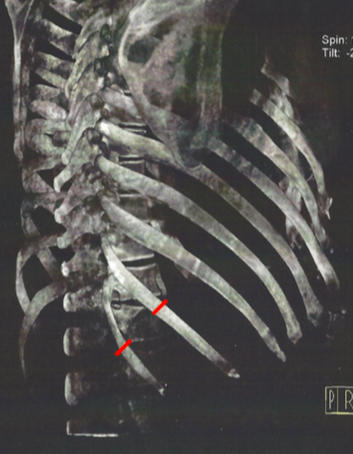 Waistline narrowing is a common female body contouring request for which numerous standard surgical techniques are used. Liposuction and various types of tummy tucks are effective procedures which will work for the majority of patients. But for the cis female seeking a maximal waistline reduction or for the transgender patient who is striving to change a wide or boxy lower ribcage shape, rib removal surgery is the lone remaining treatment option.

Having removed hundreds of ribs for aesthetic waistline contouring, it is a procedure for which many myths/fallacies exist. While often cited as dangerous or prone to a high rate of complications, this has never been shown to be true in my experience. No such complications have ever occurred. (hematomas, pleural violation/pneumothorax, organ injury or chronic pain/neuromas) Similarly most patients has less postoperative pain than one would expect and their recovery is also not as prolonged as one would think. However it is an invasive surgery and its use is reserved for the most motivated of patients who feel that such an effort is worth it.

However, there is always merit in evaluating if a similar procedure of lesser magnitude would be equally effective. In that regard the concept of rib fracturing has been around for some time albeit infrequently used with little clinical information known about it. 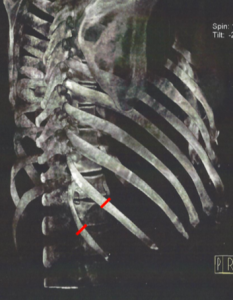 In the July 2021 issue of the journal Plastic and Reconstructive Surgery Global Open, an article on this topic was published entitled ‘Waist Narrowing without Removal of Ribs’  In this paper the authors performed 11th and 12th rib osteotomies at the scapular line bilaterally through small back incisions. Once the outer cortical bone cuts were made the ribs were infracted manually by external pressure. (a so called greenstick fracture) A tight corset is then applied for the next two months allowing the ribs to consolidate with a new inwardly curved shape, this affecting the shape of the waistline. Over a two year period 93 patients were treated by this rib fracture technique of which 14 (16%) were available for six month followup. The average circumferential waistline reduction in this followup patients was 8 cms. (slightly under 3 inches) Three patients underwent secondary rib fractures due to lack of any visible results with the first procedure. No medical complications were encountered.

The key to rib fracturing for lower ribcage narrowing is the use of a tight corseting postoperative protocol. Failure to do so will result in procedure failure as the ribs will merely heal back in their original position. The determination of the outcome is so dependent on prolonged external pressure that the procedure would be more accurately called Surgically-Assisted Waistline Corseting. As their results show I would have no doubt that such a technique is effective if the corseting is used consistently for a long enough period of time after surgery.

That being said, rib fracturing and rib removal, have some similarities but are not comparative surgeries. Rib fracturing only involves changing the shape of the lower two ribs without tissue removal. Rib removal takes out the lateral aspects of the lower three ribs as well as muscle and fat. Whether significant differences in the clinical outcomes is different between the two rib procedures  can be speculated but is not yet known.

The real patient benefit of the rib fracturing technique is that it adds a less invasive/traumatic treatment option which has appeal to those who would prefer a strict corseting postoperative protocol as a tradeoff to more invasive hard and soft tissue removals. This now gives patients two rib-based waistline narrowing surgical options.