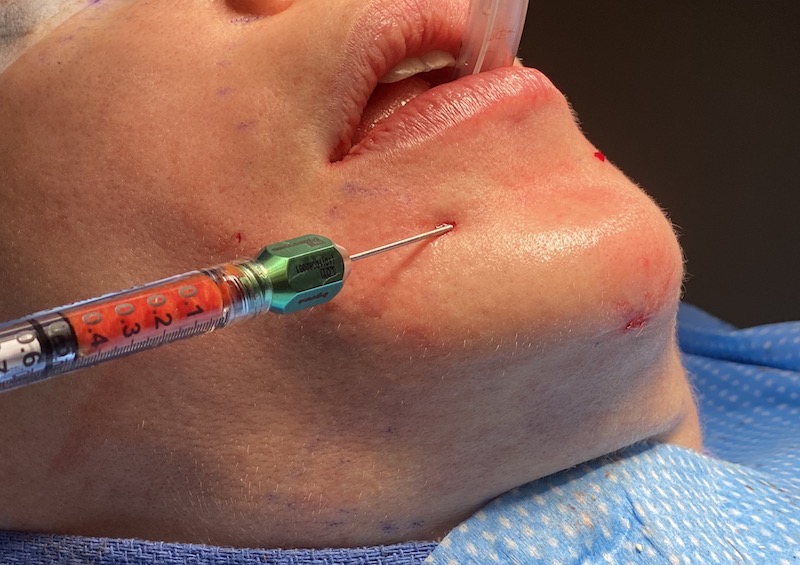 Chin augmentation, whether by an implant or a sliding genioplasty, is one of the most commonly performed facial reshaping procedures. While it has many benefits it has one potential aesthetic liability…deepening of the labiomental fold. It is not a question of whether this will occur after chin augmentation but whether it will be significant or not. As a general rule patients that have no preoperative concerns about the shape of the labiomental fold are usually not concerned if it deepens afterwards. But for those patients who do have preoperative labiomental depth concerns, or naturally deeper folds, these concerns will only be magnified if their chin is augmented.

The depth/shape of the labiomental fold is established primary by the origin of the mentalis muscle to the bone. This is what pulls in the overlying skin above the soft tissue chin pad below the lip. ( and corresponds to the depth of the vestibule intraorally) It can also be influenced by the flare of the lower teeth or a deep overbite which pushes out the lower lip which makes the fold deeper but these dental influences are not major contributors to deep folds in most people. 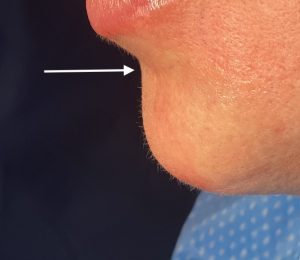 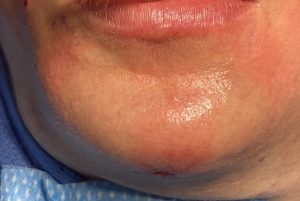 Because the labiomental fold is a fixed point it will appear deeper with chin augmentation. Its degree of deepening increases the more the chin is moved forward. Conversely if the chin is vertically lengthened the soft tissue chin pad is pulled down and the labiomental fold appears less deep. This fold deepening can not be averted by any type of implant design or placement. It can be softened in a sliding genioplasty by grafting the created bony step off caused by the advancement but will not completely eliminate it. 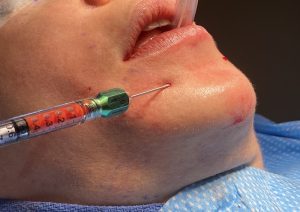 To help prevent labiomental fold deepening during or after any form of chin augmentation fat grafting can be done. Specifically injection fat grafting can be placed between the skin and the mentalis muscle in the subcutaneous tissue plane. It can be performed at the same time as chin implant placement of a sliding genioplasty as the recipient site lies above the dissection plane for either procedure.

While the survival of injected fat is never completely assured or predictable, it is a natural material which offers no downsides in performing it. It is a tight tissue space which is not a positive factor for fat graft survival. But with good fat graft concentration and a 2 to 3cc injectate volume some fold reduction is usually achieved.