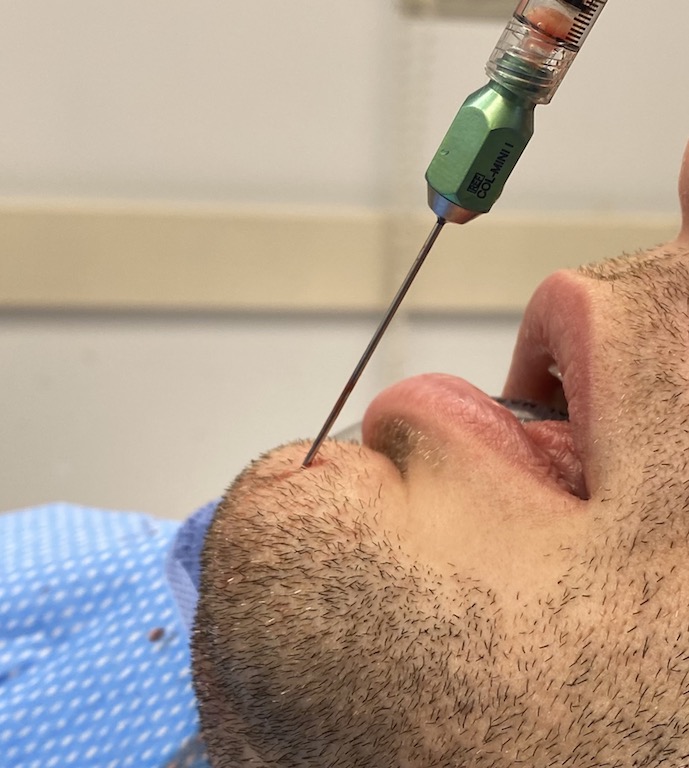 While the chin can have a wide variety of different dimensional appearances, it has only a few potential topographic features. The labiomental fold is the superior horizontal indentation that may be present and the lower soft tissue chin pad can have indentations of various shapes from circular (dimples) to vertical. (clefts)

It is common misconception that chin pad dimples and clefts, particularly clefts, are associated with a defect in the bone. This is almost never true. I have seen thousands of 3D CT scans of the face and very few have much of a hint of central notch in the chin area. Such chin indentations are related to ‘defects’ in the soft tissue, exactly similar to that of cheek dimples.

Thus in the treatment of chin soft tissue pad dimples and clefts, reducing and/or eliminating their appearance requires soft tissue augmentation. Synthetic injectable fillers are commonly used to effectively treat them which is a testament to their soft tissue origin. Unfortunately few synthetic fillers last and more permanent methods are often needed. 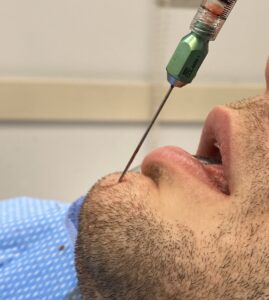 Fat is the next logical injection material which has at least some chance to persist or be permanent. It is also a logical treatment approach when one is otherwise having surgery…which is the most convenient time to harvest a little fat. This is the same concept and approach to treating the deep labiomental fold. 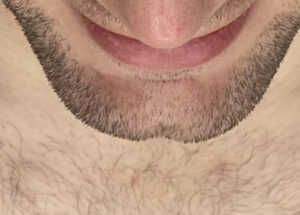 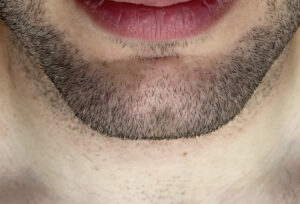 Such fat injections can be done to the soft tissue chin pad even if concurrent chin surgery (implants or sliding genioplasty) is being done underneath it.

The question with fat injections, due to their never completely predictable survival, is whether to over correct them. Given the pressure of the natural skin indentation above where the fat injections are placed some slight over correction seems appropriate.