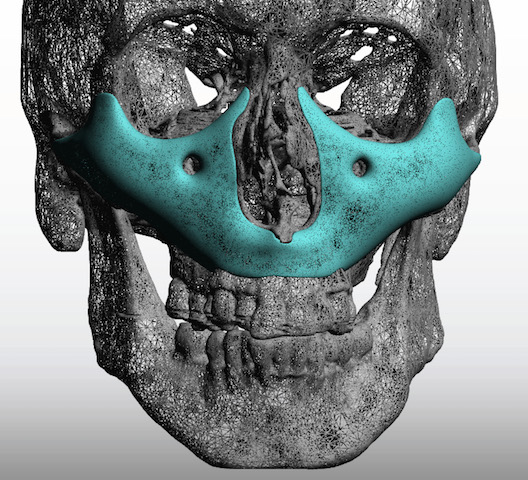 Aesthetic augmentation of the midface is historically done by standard implants such as that of the cheeks, paransasal, premaxillary and tear troughs. While these can be effective for proving volume to ‘spot’ deficiencies, their use is more limited in patients that have an overall midface deficiency. While using various combinations of these standard midface implants may be useful, their lack of connectivity fails to provide a uniform midface augmentation effect. 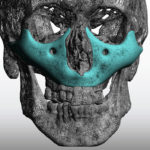 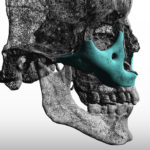 The use of a custom implant design approach is the best contemporary approach to an overall onlay midface augmentation. The implant can be designed to cover the entire surface of the midface from the infraorbital rims down to the maxillary alveolus. Such designs can have the effect of Left I, II or III osteotomies…minus the influence of tooth movement and the resultant upper lip changes. With such bony surface coverage and based on the appearance of such implants I refer to them as the ‘Midface Mask Implant’.

The custom Midface Mask Implant can usually be placed from an intraoral approach. Whether it is placed as a one piece implant or sectioned into two pieces depends on whether any premaxillary augmentation is needed. But regardless one key element of its use is the need, in my opinion, for the placement of multiple perfusion holes throughout the implant. The concept of keeping most of the midface tissues blocked from the bone over such a large surface area raises the potential for tissue sag and even seromas. Allowing tissue to grow through the implant and make some connections between the soft tissue and the bone has o downside and seems protective to prevent complications.

Screw fixation is still important as well as a good two-layer muscuomucosal closure over the inferior edge of the implant. Because of the need for circumferential dissection around the infraorbital nerve for implant placement, patients will experience profound, although temporary, midface numbness. Patients describe their entire midface as feeling ‘wooden’. It generally takes four to six weeks for most of the sensation to return.