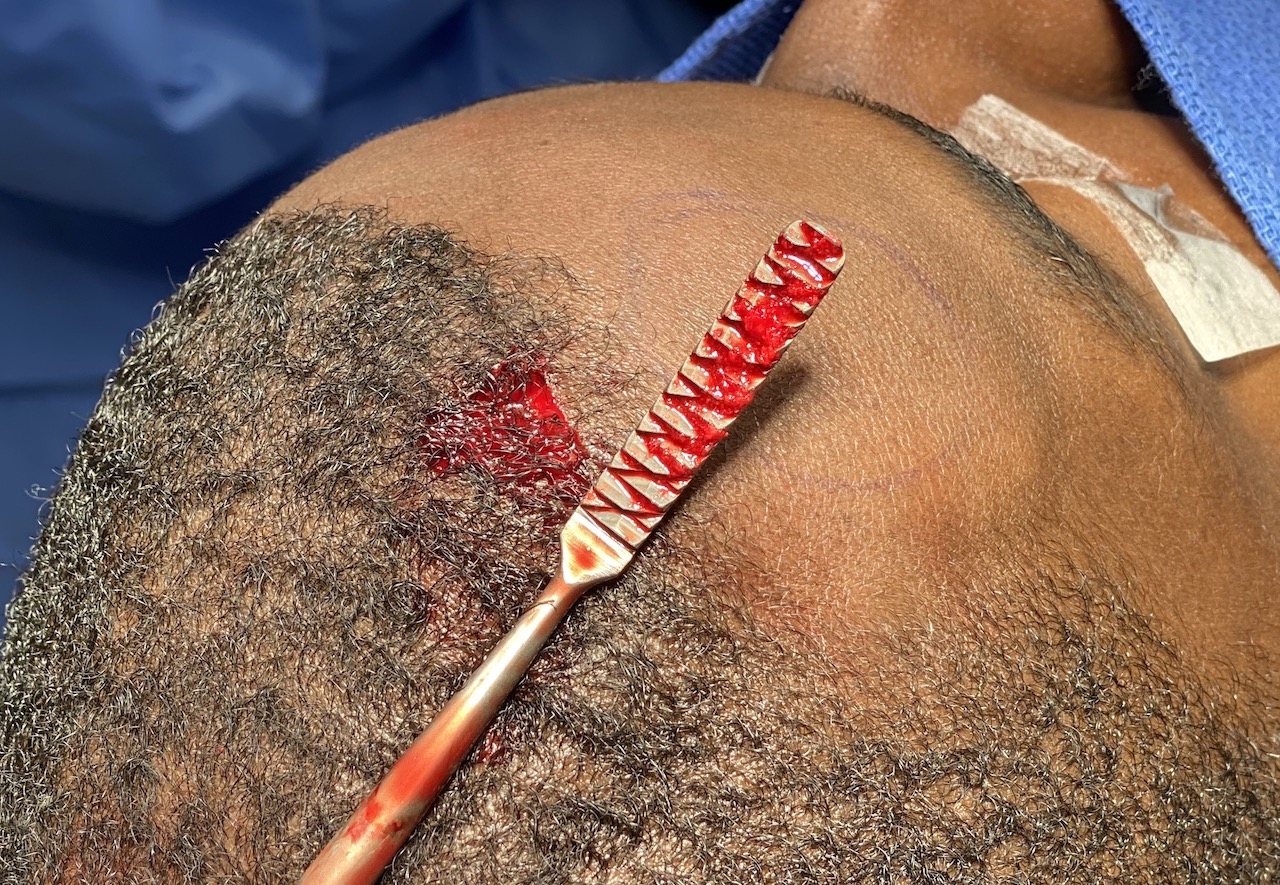 Bumps and contour irregularities are not uncommon across the large convex surfaces of the skull. Where they are the most aesthetically bothersome is on the forehead , whether it is on a man or woman, due to its exposure on the face. Some forehead bumps are distinct osteomas with a raised distinct border and a very prominent appearance. (narrow base to height ratio) Other forehead bumps, however, are broader-based and less distinct but still can be seen particularly in various angles and lighting. (wide base to height ratio, e.g., forehead horns) 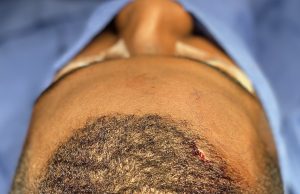 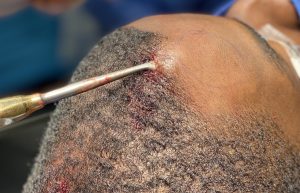 But there is a third forehead bony reduction method that can also be used known as rasping. In this less well known method the use of large-toothed rasps are used to shave or file down low level forehead bumps.Technically these large rasps come from nasal surgery for bony hump reduction. But at their largest sizes (#7 and #8) they are rarely used in nasal surgery because of their aggressive bone reduction capabilities. But in the skull (of which the forehead is a part) their large teeth and aggressive bone removal ability is more useful. Their one advantage is that they can be introduced and used through very small incisions that would heal in a virtual scarless manner. 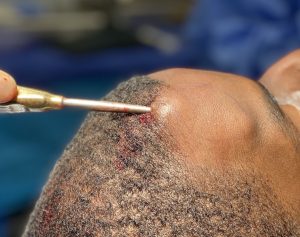 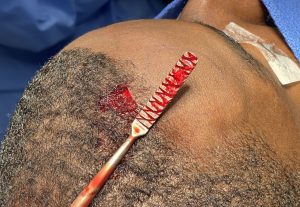 Once the rasp is introduced it is pulled back and forth over the forehead bump area in which the teeth pull off bone. The rasp is pulled out periodically to clean the bone debris from its teeth. The bump continues to be reduced until by external feel it is adequate reduced.  The incision is then closed with one or two dissolvable sutures.

When the term bone shaving is used it is really referring to high speed burring reduction which requires enough of an incision to be made to introduce the equipment needed to do so. But with the use of a rasping instrument it is more appropriate called filing, just like when one’s nails are smoothed are clipping. Its benefit in the forehead is the very small incision used to do it and there is no risk of over reduction or irregularities created by more aggressive and rapid methods of forehead bone removal. (burring) The one caveat with its use is that the  bump needs to be low level (3mms or less in height) and not have too broad of a base diameter. (less than 3 cms) Forehead bumps larger than these dimensions is better done by a burring technique.