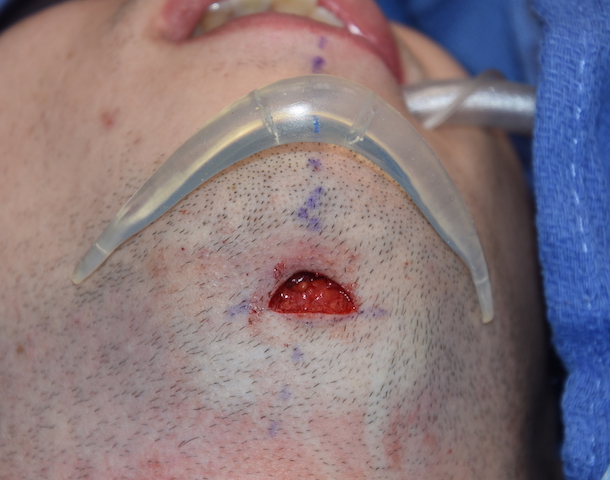 Chin implants can be placed through two types of anterior lower facial incisions. The ‘northern’ option is to place it from above using an intraoral vestibular incision behind the upper lip. The ‘southern’ option is to place it from below using a submental skin incision. Both approaches access the chin bone and both incise through the mentalis muscle to get there. There are well known advantages and disadvantages with either incisional approach and both can have similar rates of success if performed technically well.

The submental approach to chin implant placement is the most commonly used as it has high familiarity to many plastic surgeons. It provides the most direct access to the chin bone and has a very low risk of infection. Its one drawback is in the creation of scar. While less visibly obvious under the chin it is a scar nonetheless and efforts should be made to limit its appearance as much as possible. 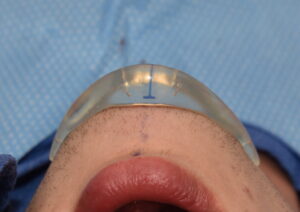 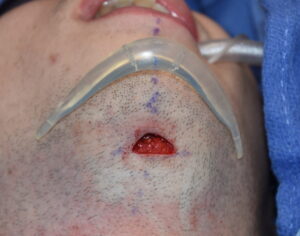 The most important method of improving the appearance of a submental incisional scar is to limit its length. The smaller the incision the smaller the scar. For almost any silicone chin implant a remarkably small skin incision can be used for its placement. This is possible because of the implant’s flexibility. (one should not confuse material flexibility with being soft) Given the long span that extended anatomic and other styles of chin implants have, such flexibility is essential for a minimal incision placement. 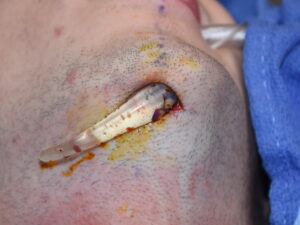 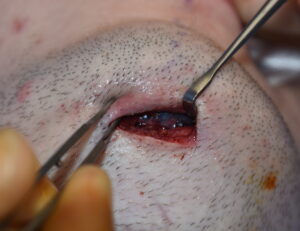 The span (side to side length) of many chin implants is in the 8 to 11cm range. But yet only a 1 cm skin incision is needed to place them. This is possible because the span of the created pocket is longer than that of the chin implant itself. This allows one side to be inserted two-thirds of the implant’s length so that the remaining implant third can be folded and introduced into the other side of the pocket. The implant is then slide back over and aligned in the midline and secured into position by two microscrews. 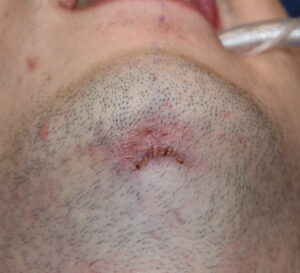 After reapproximating the mentalis muscle the small skin incision is closed with resorbable sutures, resulting in a minimal scar result.

Such a minimal incision approach will not work for many other chin implant materials as they are stiffer and can not be reshaped to fit through such a small skin incision.