Augmentation of the central midface can be done by placing an implant along the base and sides of the nose. Known as the pyriform aperture, it is the bony outline of the nasal cavity which makes a hole in the facial skeleton to the back of the throat. The soft tissue and cartilage structure of the nose sits on top or in front of it. 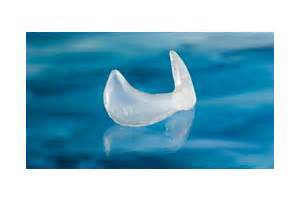 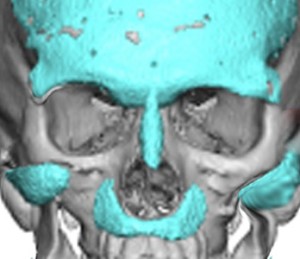 The pyriform aperture area can be augmented by a standard preformed implant known as the peri-pyriform implant. It has bilateral wings that augment the paranasal or sides of the pyriform aperture and a connecting center piece which crosses the premaxillary region along the bottom of the nose. Technically this implant should be called a premaxillary-paranasal implant. It is a versatile implant since it can be sectioned to just do paranasal augmentation or its wings can be removed to create just a premaxillary implant. 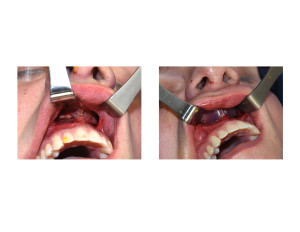 The premaxllary-paranasal implant is placed through a low anterior vestibular incision up under the upper lip. It is important to place the incision above the fixed mucoperiosteal to leave a cuff of tissue to create a good closure. Sunperiosteal dissection is done up to the anterior nasal spine and around the sides of the pyriform aperture. It is important to stay close to the edge of the bone but to not violate the nasal mucosal lining. The implant is placed snug up against the anterior nasal spine and along the sides of the pyriform aperture. Two 1.5mm screws are placed through the wings of the implant to secure it to the bone.

The premaxillary-paranasal implant is the only implant that can provide central face augmentation. It has a LeFort 1-like effect on the base and sides of the nose. Firm fixation to the bone by microcrews is a simple and effective method to ensure its postoperative placement and long-term stability