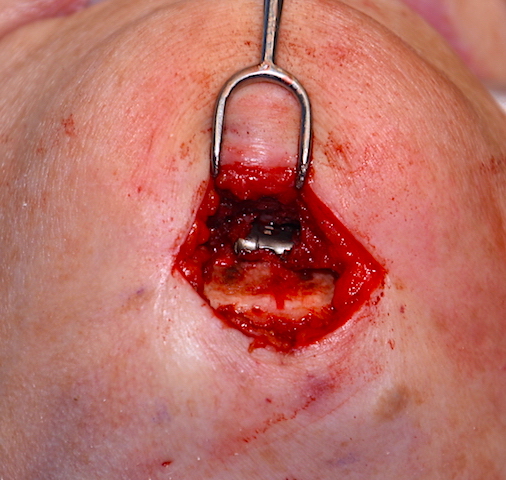 The sliding genioplasty is a well known chin augmentation procedure that achieves its effect without an implant. By moving the bony front end of the lower jaw the soft tissue chin pad is pushed forward increasing the projection of the lower face.

While the sliding genioplasty has virtually none of the potential complications of an implant, it is not quite so easily adjusted should there be a secondary need for a change. While the desire for further augmentation can be addressed without recutting the bone by adding an implant onto the already advanced chin bone, there is no alternative to reducing the bone if the patient desires less chin projection. 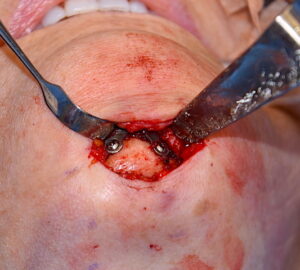 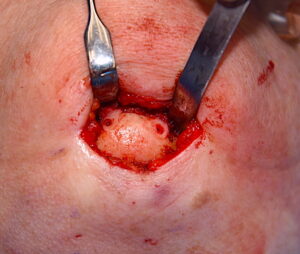 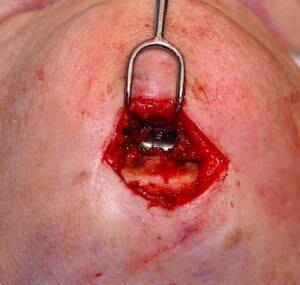 Because most chin reductions are going to create a relative soft tissue chin pad excess this excess soft tissue from the bone removal can be removed to prevent postoperative ptosis/sagging.  This is done by a crescent full thickness excision of skin/fat/muscle at the time of closure. (submental tuck)

For those seeking a less invasive approach to reducing the amount of projection of a sliding genioplasty (total vs subtotal setback) a submentak reduction technique avoids the intraoral trauma/healing and the need to recut the bone to move it back. Any redundant soft tissue chin pad also be reduced at the same time.