Conversely, true temporal artery ligation is a cosmetic procedure to specifically reduce the flow in the superficial temporal artery system and lessen or eliminate the prominent appearance of the vessels. This procedure does not remove a section of the artery nor is it necessary to do so to have its aesthetic effects. Rather it lies on point ligation of inflow and back flow points that contribute to inflow into the prominent vessel. 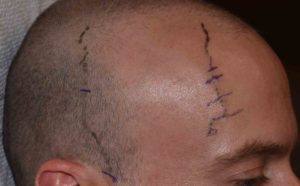 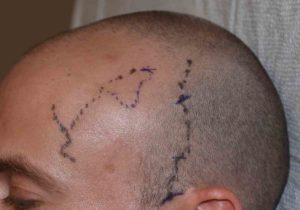 Temporal artery ligation first requires a precise mapping of the prominent vessel and any back flow points. An anterograde and retrograde ligation point should be initially marked. On any single vessel at least two points of ligation will be needed. This is done by digital palpation or an ultrasound doppler can be used. In some cases the path of the vessel is visible evident. But this is usually less evident as the vessel takes a tortuous course out into the forehead. In most cases at least one ligation point will be needed on the forehead which is always placed in a horizontal wrinkle line. 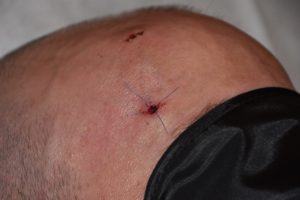