Migraine headaches are multifactorial of which most have no direct case and effect basis for their occurrence. This does not mean that anatomic basis for their occurrence does not exist, just that for many it remains difficult to precisely locate. There is a small percentage of migraine patients in which the symptoms are primarily related to sensory cranial nerve compression. This serves as the anatomic basis for contemporary neuromodulator injections as well as migraine surgery in which identified triggers are specifically located at various cranial nerve locations.

Another type of site specific migraine with a direct cause and effect basis is that of temporal muscle. With a long origin along the bony temporal line of the skull it occupies much of the territory of the side of the head. It then extend inferiorly below the narrow tunnel of the subzygomatic arch space to insert onto the coronoid process and the ramus of the lower jaw. Its primary function as the insertion areas pull back towards the origin with muscular contraction is to close the lower jaw, particularly in chewing. In addition to its large surface area coverage, its muscle mass is deceptively large. Roughly 70% of its volume lies next to the eye but is hidden due to the deep temporal fossa bone on which it lies.

By far the paired temporal muscles are the strongest muscles of the head and face and serve as a fertile area for a neuromuscular basis for some migraine headaches.  While certain nerves (e.g., auriculotemporal) in the temporal region have been show to be migraine triggers, the muscle itself can also be a source. Muscle hypertrophy due to overuse or hyperactivity can be a trigger. Such a migraine patient will usually an enlarged muscle area that may have an obvious bulge and the painful area of the muscle can be identified by direct palpation with the patient biting down.

Such temporal muscle-driven migraines are typically treated by neuromodular injection therapies whose basis of effectiveness is to decrease areas of muscle contractility. At the least such injections prove the muscle basis for the headaches and can be a continuing treatment for them. But the large amount of injection volume/doses that are needed to create a positive response and the need for repeated treatments due to their non-permanent effect make a surgical treatment appealing…if it had a profound and permanent effect.

Temporal muscle migraines can be surgically treated by subtotal muscle removal, muscle transposition or a combination of both. Muscle removal makes anatomic sense as it removes the source and is focused on the area of hypertrophy when biting down or the location of the pain. When the migraine pain comes from the posterior region of the temporal muscle, removal of this portion of the muscle can be done from an incision in the crease of the back of the ear. This is a commonly done for an aesthetic surgery for reduction of the wide or overly convex shaped side of the head. Having performed this temporal surgery hundreds of times it is an effective procedure for this purpose and, occasionally, I have had patients in which their migraines were located in this region and it either cured them or produced a major reduction in their symptoms. 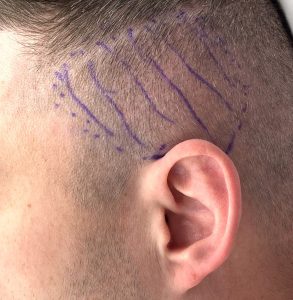 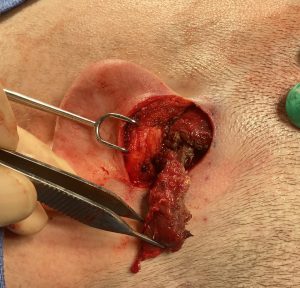 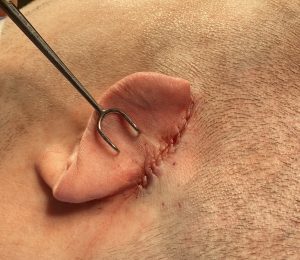 But most temporal muscle migraines are located more anteriorly where complete removal of the muscle is not possible. And even if it were you wouldn’t do it because it would have adverse effects on jaw closing. In these cases a transposition technique is used where a part of the origin of the muscle is released and moved more inferiorly. This shortens the working length of this portion of the muscle as well as reduces some of its bulk. This can be done in conjunction with posterior temporal muscle removal or done in isolation. 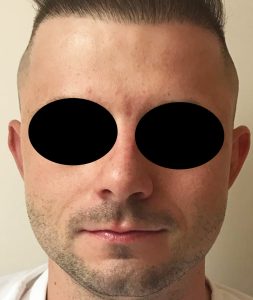 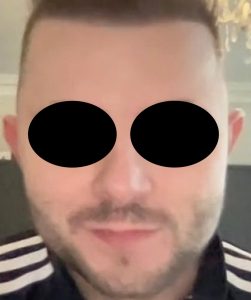 Temporal muscle modifications will produce some narrowing effect on the sides of the head which is why it is also an aesthetic procedure. But for migraine relief, using this patient as an example, it can produce dramatic reductions in symptoms in the properly selected patient. He suffered from severe migraine headaches which only got modest relief from Botox injections. He had a discrete area of temporal muscle bulging where was the location of his migraine pain as well. His symptomatic relief was 99% by his description.

Manipulation of the temporal muscle can have both aesthetic and migraine pain relief. In the posterior temporal region total muscle removal is the best approach. In the anterior region release and transposition of the muscle inferiorly is an effective approach. Neither technique has any functional effects with lower jaw function.