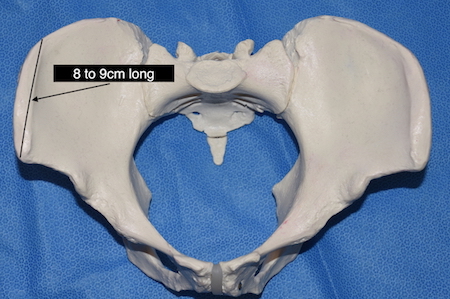 While many women would like to have broader hips, some would like to have them made more narrow. While the concept of the ‘hips’ in both augmentation and reduction seems to be the same, they are actually not. Hip augmentation means enlargement at some level below the iliac crest, often over the greater trochanter of the hip joint and below. Conversely hip reduction refers to a more superior level at the iliac crest or reduction of a prominent iliac crest. 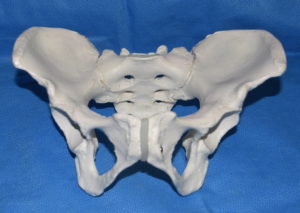 The iliac crest refers to the superior border of the wing of the ilium and the outer margin of the pelvic bone. In its entirety the iliac crest extends from the anterior superior iliac spine (ASIS point all the way back to the posterior superior iliac spine. (PSIS) It has an outward curve or convexity along its course of which the widest part is the most palpable at its intermediate zone. It is also thinner here than it is in the front and back. It is this intermediate zone which is the most protrusive and is what patients see as ‘sticking out’. 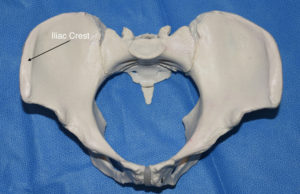 The functional significance of the iliac crest is that it serves as a site of numerous musculofascial attachments including the tensor fascia lata (TFL) and the external abdominal oblique to name the most significant ones that attach along the intermediate iliac crestal region. The iliac crest is most known as a site of cancellous marrow bone graft harvesting and has been used to do so for over fifty years. In children and early teens the iliac crest has a largely cartilaginous cap wile in late teens and adults that has become completely ossified. 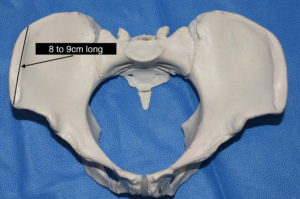 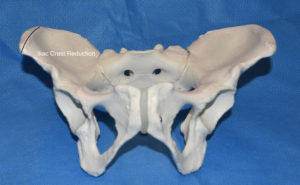 Iliac crest reduction refers to a very specific region of the iliac crest that has the most lateral protrusion or greatest convexity. This represents only about a third of its total length and avoids most of the major muscle attachments. It is the common location of where anterior iliac marrow harvesting is done for jaw and facial surgery of which there is a long history of doing so. It is well known that not replacing the bone cap removed to enter the marrow space for this bone graft harvest results in a dip or depression along the iliac crest. This observation supports the role of the anterolateral iliac crest in creating an outer convexity to this hip area.