The Challenges of Hip Implant Augmentation 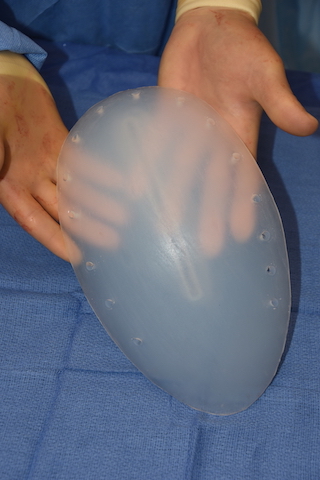 The interest in the hip augmentation has skyrocketed as the number of adjacent buttock procedures have risen over the past decade. While some buttock procedures can create some degree of a hip augmentation effect (fat injections, subfascial implants), most of the time the resultant hip widening is seen as either short-lived (fat injections) or incomplete/inadequate. (buttock implants)

As a result there is great interest in a more assured and permanent effect from hip implants for both cis-females and transgender male to female patients. While hip implants are not entirely new, they are far from a well known and uniformly performed body contouring procedure. It is a developing body implant surgery in which the exact shape of implant used and the location of the tissue pocket remain in a state of evolution/debate. Ongoing clinical experience searches for a more consistent aesthetic outcome with a lower risk of potential complications. 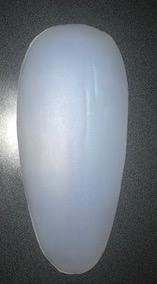 Because hip implants do not have a very long clinical history, there is as of yet no standard line of commercially available implant styles and sizes. As a result surgeons have used implants made for other body areas (e.g., buttock or large calf implants) to create hip augmentation. While this has probably been successful in some patients, in general this does not create an ideal look because the shape of the hips is very different from any other body augmentation area. 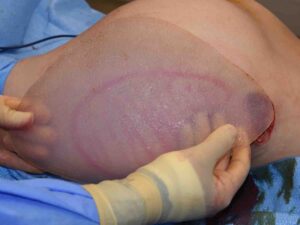 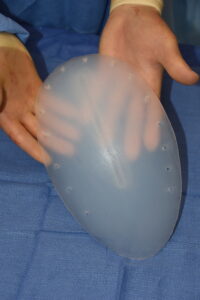 The hips can not be satisfactorily augmented with a round implant shape like the buttocks or breast nor it is a long linear shape like which occurs in other extremity implants. It is more of an amalgamation of rounder and linear shapes that is taller than it is wide with a variable location of the maximal point of projection which is usually in the upper half of the implant. It is also important to realize that the hip is a side structure that needs to wrap around a curve. Numerous custom hip implant designs have been used with varying degrees of aesthetic success. It is far to say that any custom hip implant fairs better aesthetically than using body implants not made specifically for the hips. It is also evident that the perception of hip shapes and the area of maximal projection differs amongst hip augmentation patients. 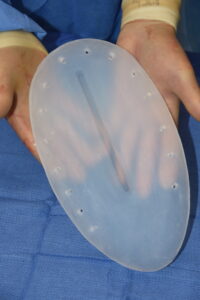 Hip implants pose numerous challenges in their designs that are not intuitively obvious. One of them is that a hip implant will rest in a completely vertical position on the side of the leg. As a result the weight of the implant (if unduly thick or large) may suffer ‘implant collapse’ where the bottom portion of the implant develops a bend or fold. This occurs because it is most ideal to have a softer feel to the implant but such soft solid silicone materials may not be able to support their own weight fully. More firm or stiff hip implants will not develop that problem but then may feel unduly hard to the touch. As a result custom hip implants can have features built into their designs that encourage tissue ingrowth/engagement to provide support to the implant’s pocket position. 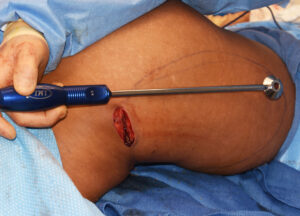 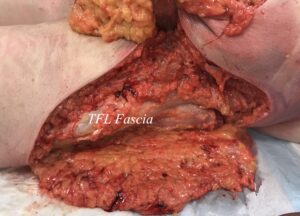 The hip also poses unique considerations in potential implant pocket locations. Unlike other body implant areas, there is no natural tissue plane in the hips in which to easily position an implant between or under. Due to the anatomy of the TFL muscle and fascia, there is no submuscular or intramuscular pocket possible. A subfascial implant location can be done but the attachment of the iliotibial band make this possible much lower than where most patients want the augmentation. For the best aesthetic result, placement on top of the TFL fascia in the deepest subcutaneous location is what creates the best contour effect with adequate implant volume. But from a complication standpoint this is the worst pocket location for seromas and risk of implant contour or edge reveal. (lack of thick soft tissue cover) 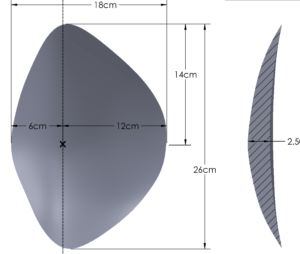 The risk of implant reveal can be reduced by the use of thinner hip implants designs with feathered edging. This may not create the most ideal hip width but has a lower risk of edge reveal due to the more gradual slope from the point of maximum projection to the implant edge.

As can be seen from these design and pocket location considerations, hip implant augmentation remains in a state of ongoing development. Only further innovations in implant designs and methods to reduce the risk of postoperative fluid collections will lead to impaired outcomes and wider patient usage.