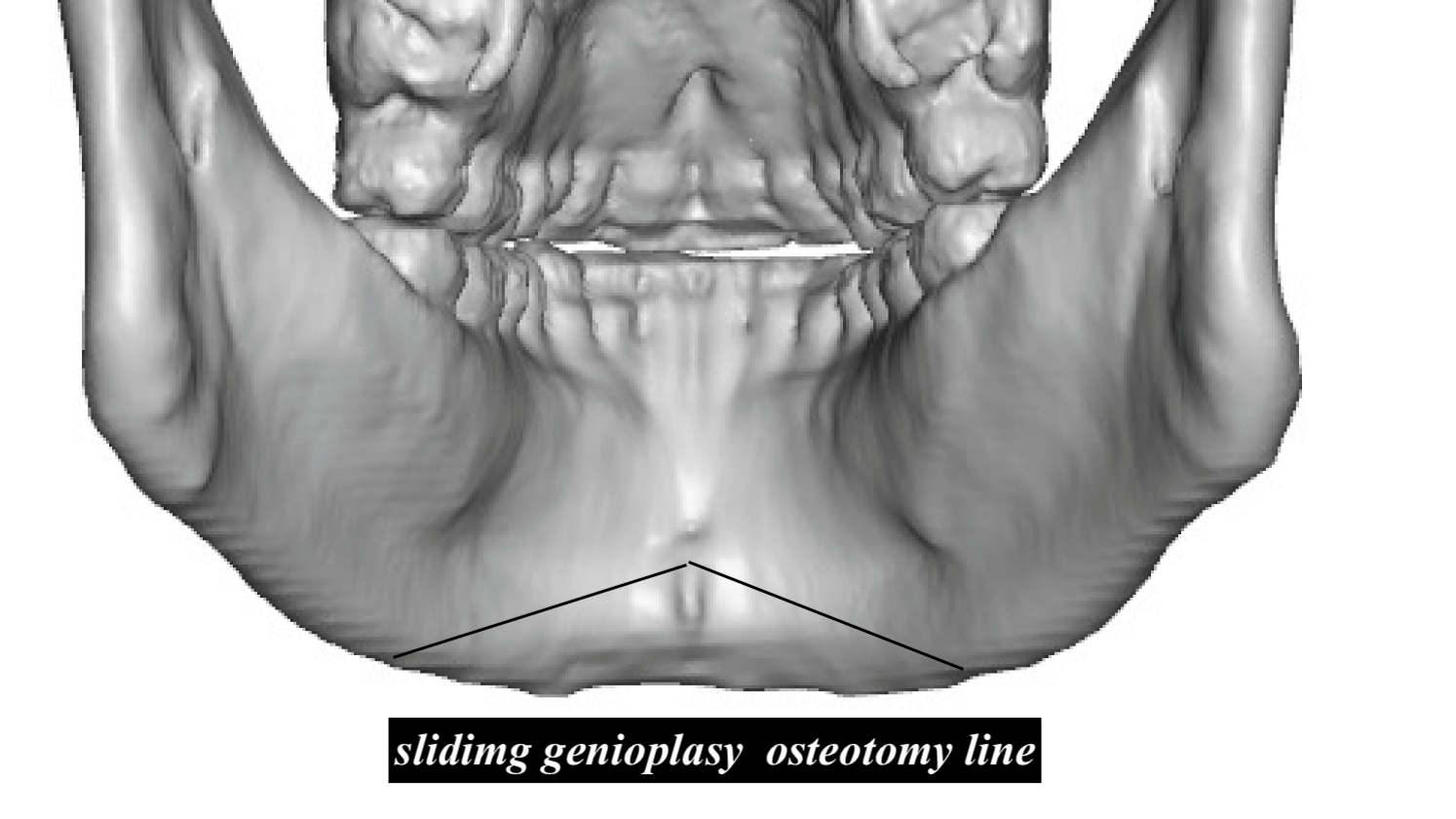 Chin implants and a sliding genioplasty are two methods of chin augmentation that are often compared. While they can have similar effects when it comes to horizontal chin augmentation they have other different aesthetic effects. In certain other dimensional changes and in their effects on the neck is where they differ.

The effect of a chin implant on the neck is primarily illusional in that it has no direct effect on changing the neck tissues. This illusional effect is very real as the chin comes forward and the jawline is elongated the neck below it can have a better looking cervicomental angle. This occurs because the horizontal axis of the cervicomental angle becomes longer. This jawline elongation effect occurs because the soft tissue chin pad is pushed forward. But it also becomes a bit longer as the immediate submental area underneath the chin pad is rolled forward. This effect is minimal to more significant the larger the chin implant becomes. Biomechanically a chin implant is a push device. 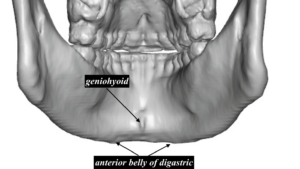 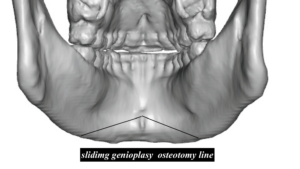 In contrast the sliding genioplasty has a very different effect on the neck tissues. While it also pushes the soft tissue chin pad it pulls with it all soft tissues that are attached to it. This specifically refers to certain neck muscles which have their attachment to the back and under side of the chin bone. These include the geniohyoid and the digasytic muscles. This could also include the platysma muscle even though it has no direct attachment to the bone.

So while the sliding genioplasty does push the soft tissue chin pad forward like a chin implant, it also has a pull effect on the neck muscles behind it. As a result its aesthetic effect on the neck is more pronounced. With the stretching of these neck muscles forward their length elongation provides better neck shape improvement by also changing the vertical axis of the cervicomental angle. The bigger the sliding genioplasty movement the more pronounced this neck effect becomes.

While the different neck effects between a siding genioplasty and chin implant is not along a reason alone to choose one over the other, it is another factor to consider that is rarely ever considered or mentioned.