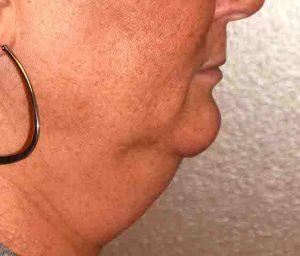 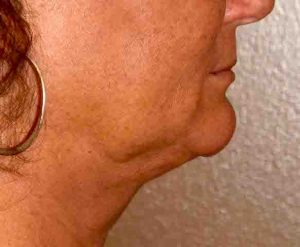 The more severe these neck changes are (larger cervicomental angle), almost regardless of age, the most effective a lower facelift is. This is particularly true in the older patient where skin excess and reduced contractility exist. But some patients are unwilling to undergo a lower facelift, even if it would provide the best outcome, and as a result procedure options may be limited to just what can be done in the neck itself. (below the bony jawline)

The anterior or submental necklift is the most thorough of the isolated neck procedures as it addresses the many components of the neck. Besides relying on the skin’s ability to contract once elevated from the underlying structures as well as having fat removed by liposuction, treatment is also done of the intermediate and deeper layers consisting of potentially subplatysmal fat, anterior digastric muscle resection, submandibular gland removal/plication, and platysma muscle plication.

In the August 2021 issue of the Aesthetic Surgery Journal an article was published on this topic entitled ‘Anterior Approach to the Neck: Long-Term Follow-Up’. This paper sought to determine the long-term success of the anterior necklift for neck rejuvenation and determine how effective it is in patients with more severe cervicomental angles. Twenty seven patients over an almost twenty-year period who had an isolated anterior necklift were evaluated by independent evaluations of the change in the cervicomental angle in profile view. The reduction in apparent age was also calculated utilizing the validated apparent age assessment scale.

What this study shows is that the more structures that can be modified in an isolated neck procedure, particularly in more severe obtuse cervicomental angles, good improvements can be obtained. Given that full facelifting is not an option in these patients the anterior necklift still provides visible improvement.