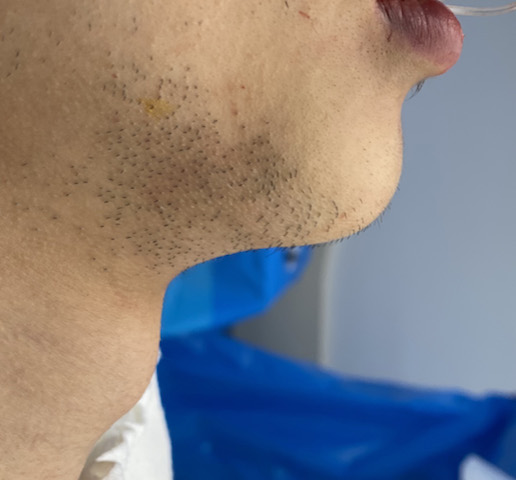 Chin augmentation can be done using either an implant or a sliding genioplasty method. While most view the differences between these two chin augmentation procedures as based on their level of ‘invasiveness’, that is but one perspective in the consideration between them.

Whether one prefers the option that is less invasive (chin implant) or the one that is more natural (sliding genioplasty) another perhaps moreimportant consideration is their effectiveness…particularly as it relates to creating an improved contour below the chin. In other words how do they impact the appearance of the neck below the chin afterwards?

To understand the different effects on the neck between a chin implant and a sliding genioplasty, it is important to review the anatomic basic of how they each work. Chin implants exert their effects by being placed on the bone and pushing out the overlying soft tissue chin pad. (push effect) It has no direct physical action  on the submental region of the neck. It can  make the neck look better by an illusionary effect with elongation of the jawline. This is why submental fullness concerns need to be addressed by a concomitant liposuction or a submentoplasty procedure when a chin implant is placed. 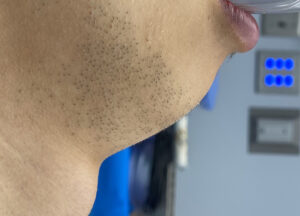 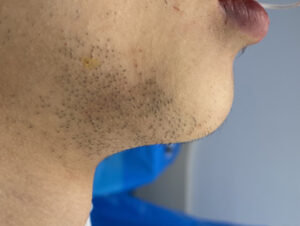 Moving the chin bone (anterior end of the jawline) also does have a push effect on the attached soft tissue chin pad. But it also directly impacts the submental region below it by pulling the soft tissue attachments at the back and sides of the chin bone with it as it is moved forward. The greater the forward movement of the bone the more significant are these pull effects on the submental tissues.  The stretch of these tissues helps flatten out the submental region. 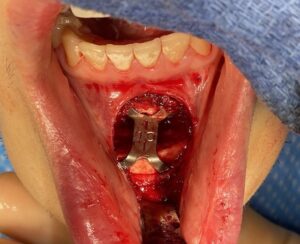 There are numerous reasons why one chooses between these two chin augmentation techniques and neither operation is perfect. But the positive effects on the submental region is one aspect that moving the chin bone forward achieves that putting an implant on its edge does not.