The Four Sins After Plastic Surgery

« Plastic Surgery’s Did You Know? Gynecomastia Reduction and Marijuana Use
The Z-Plasty Breast Lift » 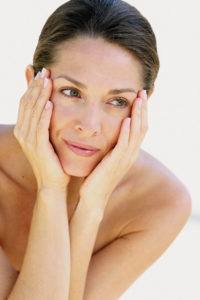 The after care from major plastic surgery is obviously important. The plastic surgeon can do the operation perfectly but how one heals is another part of the equation that can lead to a satisfying result. While every operation has its own unique set of recovery instructions and things to do and not to do, all surgery shares some basic healing principles.

Over the years, I have been written to by e-mail and heard by phone or in person many patient questions. Most of them are incredibly common and some concerns are not going to make a difference in the outcome either way. But there are some common questions that inquire about what I consider to be the ‘Four Sins After Plastic Surgery’.

Smoking. Many patients who smoke tobacco undergo plastic surgery, whether it is known to the plastic surgeon or not. Everyone knows that smoking is not good either because of its pulmonary effects on anesthesia or its negative impact on tissue healing. Refraining from smoking is required to be done three or four weeks before surgery and an equal number of weeks afterward.  While smoking does cause a greater detriment to certain plastic surgery operations, known as long skin flap procedures (e.g., facelift, tummy tuck and breast reduction/lifts), it affects wound healing even in more well vascularized procedures. (e.g., breast augmentation, liposuction) The after surgery questions often is…but what if I have just one or two cigarettes a day? It is far less than I usually smoke…

Drugs. Does the periodic and sporadic use of either marijuana or cocaine after surgery pose a problem? The question about cocaine use is almost always after a rhinoplasty for the obvious reason. Interestingly topical cocaine liquid is frequently used during a rhinoplasty when the septum and turbinates are being manipulated. Its vasoconstrictive properties are why and it is extremely helpful in creating less bleeding. But this is done in the face of normal septal mucosa and tissues. Placing cocaine on healing mucosa by snorting it a different issue, with higher concentrations than what is used during surgery and on damaged tissues. Suffice it to say that even a single application may cause a septal healing problem.

Marijuana seems less offensive and perhaps less injurious to healing tissues than tobacco smoke. The absence of nicotine makes it have theoretically less vasoconstrictive potential. But if it is less harmful than cigarette smoke it is likely so only so because it is a more infrequent habit with less total inhaled smoke. To some degree smoke is smoke.

Exercise. Physical activity after surgery is good…in moderation and at the right time. While many patients have a good exercise regimen before surgery that has been instrumental in keeping their weight at a good level and making them feel good, it can have a negative impact on healing. Suture line disruption, the creation of fluid accumulations and inducing prolonged swelling can make for some minor or even major setbacks in recovery. Patients frequently say they have a ‘hyper’ personality and have trouble sitting still and just can’t keep themselves down, but the reality is this is more mental than physical. I have yet to operate on a patient who was training for the Olympics or had a professional sporting event to participate in soon after their surgery. If in doubt, wait. There will be plenty of time left in life to get back into shape.

Sex. Like exercise, sex is an important activity that may even be more important to some patients. Unlike exercise, however, sex involves another partner who has not undergone surgery and is not recovering. Some argue that sex is safe after a procedure as long as one can find a position that does not cause pain or stress the surgery sites.

Many of the pleasures of life do come into conflict with healing and recovery after plastic surgery procedures. Following your doctor’s instructions is important and there is a reason why they exist and are written down. When in doubt, don’t and ask your plastic surgeon first.