The Global Differences in the Corner of the Mouth Lift 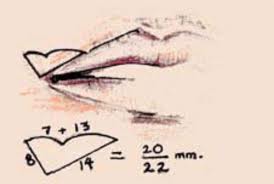 The one proven procedure to uplift or level out a frown is the corner of the mouth lift. This very simple procedure works because it removes tissue directly at the corner of the mouth and changes the position of the lateral commissure. It was described many decades ago and has been called the Valentine Anguloplasty procedure based on the shape of the skin cutout. It works so well that the plastic surgeon must be careful to not overdo it (which is very easy to do) lest the patient is left with a permanent joker’s smile.

A recent internet report out of Asia talks about the growing trend of the ‘mouth corner lift surgery’. They describe a procedure that is identical to the well known corner of the mouth lift. They give it the name ‘Smile Lipt’ because it not only lifts up downturned mouth corners but leaves one with upturned curls for a permanent smile effect. They provided the following before and after pictures to illustrate the effect of the ‘Smile Lipt.’ 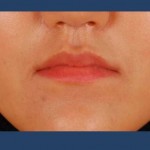 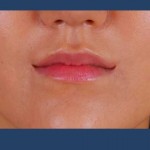 Such upturned mouth curls may be a desired fashion trend in Asia, but in America this is exactly the result one wants to avoid from a corner of the mouth lift. They may be cute mouth curls in one part of the world but a undesired joker’s smile in another.