The Importance Of Patient Selection in Migraine Surgery 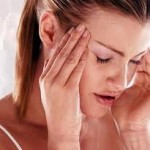 Surgery for migraine headaches is a new and effective option for patients who do not respond well to current headache medications and other neurological treatments. The key to successful surgical relief is rigorous patient selection. Not every patient with chronic headaches is a surgical candidate as there are numerous overlapping headache diagnoses. So it is important that the patient be diagnosed by a neurologist with a true migraine diagnosis and that its severity be quantified by measurement tools such as the Migraine Headache Index.

Surgical migraine candidates are first tested by Botox injections at suspect trigger sites. Migraine patients typically describe pain from the forehead, temple, eye, and occipital (back of the head) areas. The forehead, temple and occipital regions have pinpoint trigger areas that correspond to the path of sensory nerves that can be compressed by muscles. The ‘behind the eye’ (retroocular) migraine has a trigger located in the nose when the septum is deviated and contacts the inferior turbinate bone. This nasal trigger can not be tested by injection therapy. If Botox injections provide significant relief that is sustained (at least 4 weeks) then surgery should be considered. For my out-of-town patients, where Botox injections may not be practical, I perform local anesthetic injections the day before surgery may be scheduled. Intranasal exam or CT scan confirmation of septal deviation is all that is needed for the nasal trigger.

Surgical migraine treatment is done through specific approaches. Frontal migraines are treated by release and partial removal of the corrugators and procerus muscles around the supraorbital and supratrochlear nerves through an upper eyelid incision. Migraines in the temple area is treated endoscopic avulsion of the zygomaticotemporal nerve branch as it passes through the temporalis muscle. In some cases I may combine this with release of the temporalis fascia and ligation of the anterior branch of superficial temporal artery done through a small scalp incision in the temporal hairline. Occipital migraines are decompressed through a small incision at the back of the scalp where the greater occipital nerve passes through the semispinalis capitis muscle. Retroocular migraine triggers are released by septal straightening and inferior turbinate reductions so that the two no longer contact.

How effective is surgical migraine treatments? While insurance companies frequently view this surgery as experimental (and thus fail to cover the procedure), the medical evidence is quite the contrary. Numerous clinical studies have been conducted and published over the past decade. The most compelling, and best conducted, was a prospective five year study published in 2009. In this study, nearly 90 percent of patients had some level of sustained relief up to five years after surgery. Only a very small percent did not experience some permanent relief and a few others required a second surgery as additional trigger points were unmasked as the primary trigger point was cured.

Surgery offers hope for those migraine patients who do not get substantial relief or do not want to continue with multiple drug therapies. But the key to successful migraine surgery is good patient selection.