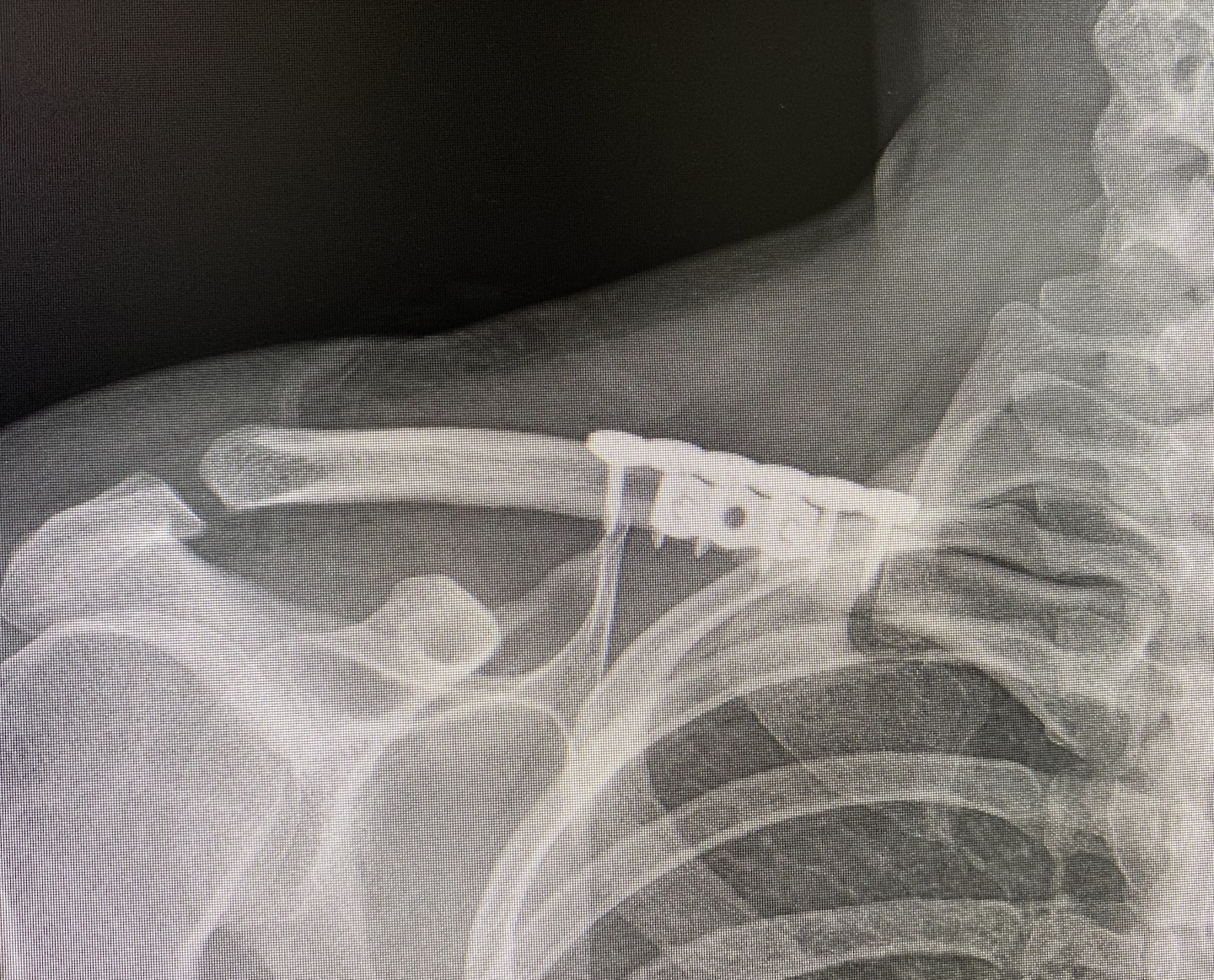 In shoulder narrowing surgery a segment of the inner third of the clavicle bone is taken to create the effect. The two ends of the bone are put back together using a plate and screws. There are different types of plates and screws to use from various manufacturers but as long as they are stout enough to resist bending or fracture of the plate they are adequate to protect the bone while healing. 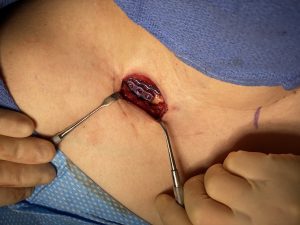 The most common method used for clavicle reduction fixation is placement of a plate on the superior side of the bone. This plate location has been borrowed from clavicle fracture repairs as it best resists abduction movements of the arm during healing. But it is not as protective for other arm movements, particularly flexion/extension and lateral and medial rotation. This is why I like to place a smaller anterior plate as well for optimal protection with early arm movements, intended or unintended. 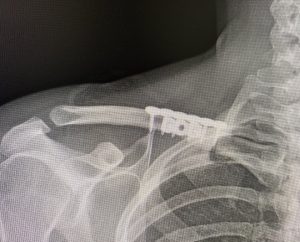 To illustrate the value of clavicle double plate fixation in shoulder narrowing surgery, I recently had a patient sustained some form of trauma to her right shoulder and she was concerned that her hardware may have become loose or disengaged. An x-ray taken three weeks after the surgery showed good alignment of the clavicle and intact hardware…which speaks to the additional protection afforded by the use of two plates. 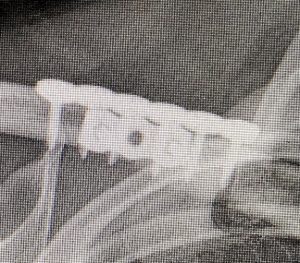 If one looks carefully through the central hole on the anterior plate the osteotomy site can be healed which had not yet had bony healing. (not that it would be expected to this early after surgery)

Multi-dimensional plate fixation provides both intra- and postoperative assurance of maintained bony alignment in a surgery in which both arms are going to be limited in range of motion for a prolonged period of time. There will be a tendency to eventually unintentionally reach for things or be exposed to potential traumatic stresses on the fixation sites.  While displacement of the bone segments is always possible, double plate fixation provides the best insurance against a complication that would require re-operation.