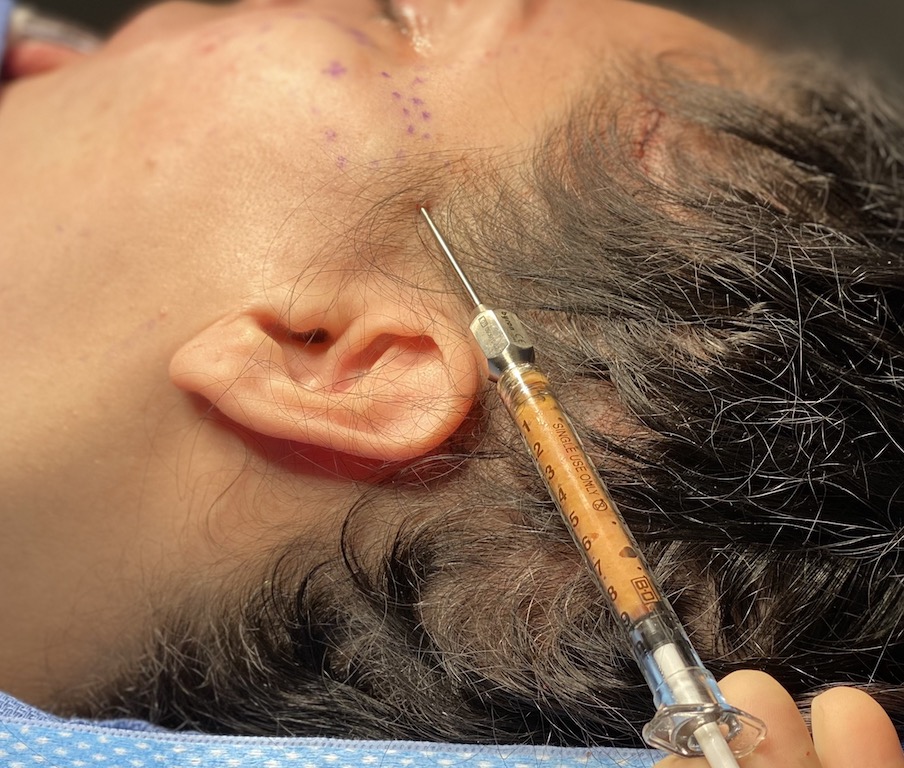 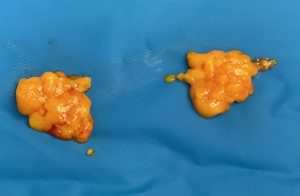 The buccal lipectomy is a well known facial defatting/thinning procedure. While the total volume of the fat pads is not large (3 to 4ccs per side), it is unique fat in that it is a highly concentrated solid collection of adipose cells.The exact biologic behavior of this fat has never been fully understood as its role in the face is not primarily a metabolic one like most fat is elsewhere in the body. This is relevant when the question becomes can it be processed and used as a fat injection graft.

Fat injection surgery remains very popular because of its ability to be placed almost anywhere and everyone has some fat that can be harvested. Processing most fat for injection is largely done by the liposuction harvesting process. By virtue of being suctioned out it already has been mechanically particulated so that it can pass through an injection cannula. Its needs prior to injection are one of concentrating it and getting rid of excess liquids that are not helpful for fat cell survival once injected.

Buccal fat can also be a source of fat injection material, albeit of low volume, but must be processed to be able to pass through an injection cannula. This is done by passing it back and forth through two syringes until it is more of a liquid consistency. This only takes about 10 to 12 passes back and forth. Such processing is far less traumatic to the fat than negative suction harvesting. It is also not exposed to epinephrine solutions that are commonly used in liposuction fat removal. 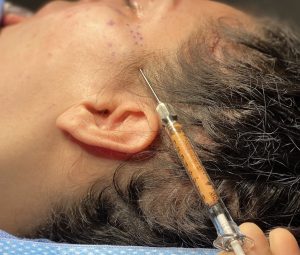 Once placed into syringes the fat can be injected anywhere in the face. The two most common areas are the cheeks and lips which are low volume need areas. The cheeks are an interesting area for the redistribution of fat because it is synergistic with its removal. By removing buccal fat below the cheeks and placing it up over the cheek bone and out along the zygomatic arch, these opportunistic dual approach produces a more sculpted cheek appearance.

One of the interesting and unknown questions about buccal fat, given its unique function and somewhat unclear biologic role in the face, does it survive better than liposuction harvested fat taken from somewhere else in the body?