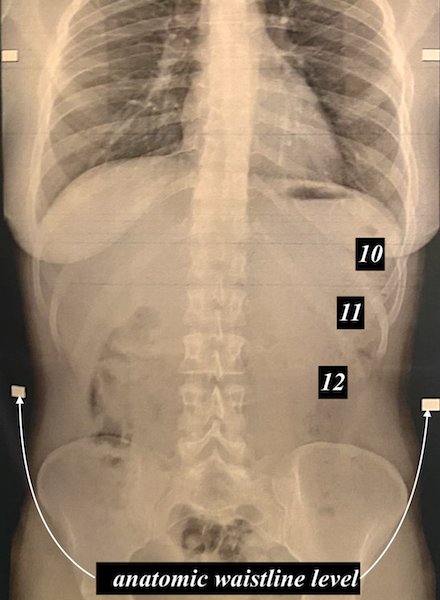 Rib removal surgery is most commonly associated from an aesthetic standpoint with waistline reduction. While the width and shape of the waistline is affected by numerous tissues, the protrusion of the lower ribcage has always been assumed to be a significant contributor to it. Much of this has to do with the ability to feel the lower ribs by pushing in on one’s side. For very thin women they can inhale deeply and raise their diaphragm to even see the outline of the ribs through their skin. 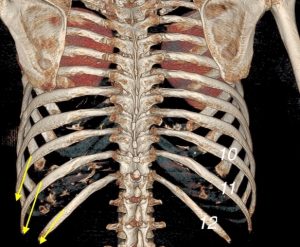 The lowest part of the ribcage is uniquely different because of the free floating 11 and 12th ribs. They are the most downwardly angled ribs because they lack a distal attachment. They have no role in respiration and protection of the lungs like the rest of the ribcage. Their role is in support of the abdominal wall as well as some level of protection. Even though they have a cartilaginous end and have no distal attachment they are not mobile or particularly flexible. 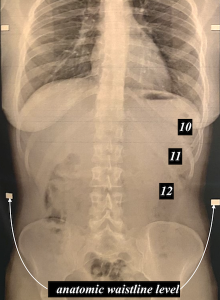 Evaluation of a plain chest/abdominal x-ray, where the profile of the soft tissues can be seen along with that of the ribs, the relationship between the lower ribcage and the waistline can be seen. In such an x-ray it is important to remember that the patient’s arms are raised so the lower ribcage is artificially elevated a bit. It can be seen that the lower two free floating ribs do indeed impact on the anatomic waistline which is circumferentially located at the umbilical/T12 vertebrae level. 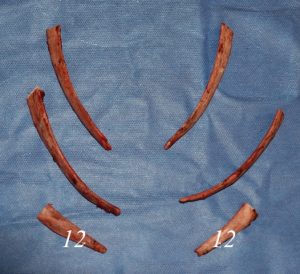 It is often asked what role rib #10 has in waistline shaping. From the x-ray it can be seen that it does not affect the anatomic waistline directly, meaning it does not decrease the measured waistline. But it does have an influence on its shape by providing some inward movement above the anatomic waistline to provide an ancillary waistline reshaping effect. It is for this reason, when anatomically possible, that rib removal surgery includes the removal of the outer calfs of ribs 10,11 and 12.