The Stealth Approach To Plastic Surgery

The popularity of plastic surgery is evident by the near 14 million procedures done in 2011. The vast majority of these improvements did not involve invasive surgery but still accounted for well over a million procedures.  Together these numbers mean that roughly 4.5% of the American population had some cosmetic improvement done last year. Using the calculated mean age in the U.S. by the CIA World Factbook of 37 years old (35.6 for males and 38.2 years for females) and assuming that the vast majority of these procedures were done for aging concerns, the percentage of people over age 37 that had some procedure rises to 9%. (14million/155 million)

With nearly 10% of the eligible population participating in cosmetic improvements, it is fair to say that it is a main stream societal occurrence. This is reflected in a study funded last year by the American Society of Aesthetic Plastic Surgery in which it was reported that more than 67% of Americans would not be embarrassed if their friends or neighbors knew they had had a cosmetic procedure. That of course still leaves a third of the people who do not want others to know. In providing cosmetic procedures every day, it sure seems that the number of patients who want to be discreet is much higher than those numbers. 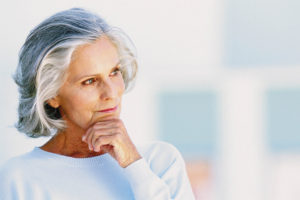 Why are patients desirous of being discreet about cosmetic improvements? Some changes, particularly in facial surgery, are so obvious that it would seem impossible to hide the fact that something was done. Many of the more common non-invasive procedures like Botox and injectable fillers are subtle and discretion is easy. But whether hiding cosmetic changes is easy or hard, some people make great efforts to do it.

I have observed and heard numerous reasons for the stealth approach to cosmetic procedures. One of the most common is economics, one does not want their spouse or family to know they they are spending resources for this seemingly selfish endeavor. That is why Botox and injectable fillers is such a cash business. It is a low cost item compared to surgery that is easy to keep discreet and not be missed. Surgery is a different economic matter but many couples have separate banking accounts. How you hide having a facelift or some form of body contouring surgery is another matter…but I have seen it done more than once.

Insecurity or not wanting to appear vulnerable certainly accounts for many ‘fibs’ that are told. Some would like us to believe that they really did get that better figure by going to countless Zumba classes or have developed a more wrinkle-free face by a great cream or going on vacation. Having a cosmetic procedure is still equated with a sign of weakness or being ‘fake’.  Having to submit to a needle or surgery somehow indicates an internal sign of  a personality defect or character flaw. As a plastic surgeon I realize that I have a tainted view, but it takes greater strength and constitution to go through surgery and recovery than it is to just let nature takes its course. There is no getting around that beauty is truly painful.

There is also those that simply don’t want others to weigh in on their thoughts about what they are contemplating. It is human nature for someone to tell a prospective patient the most horrid story of what they have heard or read about a certain procedure. Someone somewhere has died or been deformed, they took an eternity to recover or ended up with a bad result. This type of ‘supportive information’ is avoided by being stealthy.

There are many reasons why people are secretive about their cosmetic surgery improvements. Money, insecurity and avoidance of ridicule are the most common ones that I have come to appreciate. I often tell patients that no one else can understand your need if they do not have the same problem.  For many ‘run silent run deep’ is the best approach.