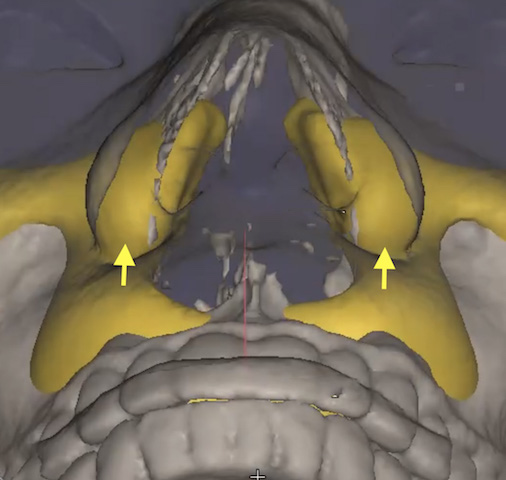 Implants are used to augment a wide variety of facial areas. One of the least common facial areas to augment is the paranasal region. This is the area underneath and to the side of the nose which is supported by the rim of bone around the pyriform aperture. The inferior bone around the aperture is formed by the maxillary bone. Its medial border is formed by the rounded edge of the premaxillary bone and the sharper edge of the maxilla. Other than the edge this bone has a concave surface which correlates with the overlying soft tissue which fades away from the nostril.

An unaesthetic paranasal region commonly occurs because the overall maxillary development is deficient which is manifest as an edge to edge or Class III malocclusion. An equally common reason is that the natural midface skeletal development is prone to being less projected such as in many Asian patients where the occlusion is Class I but the midface is flat. One indication of an external paranasal deficiency is the deeper nasolabial fold triangle by the side of the nose in a younger person where soft tissue atrophy and aging has not yet occurred.. 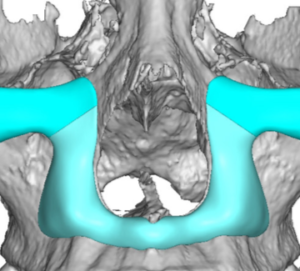 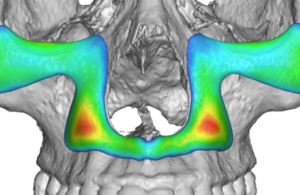 In augmenting the paranasal deficiency standard implants do exist which for many patients work just fine. But in making a custom paranasal implant one has the opportunity to make a precise fit to the bone and maximize the effect of the implant on the overlying nostril base. While 3D designing based on the shape of the underlying bone and looking at the maximum thickness of the implant by color mapping is helpful, it does not still tell whether the projection of the implant is exactly aligned with the nostril base. 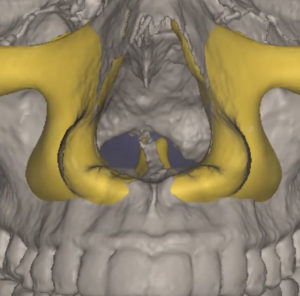 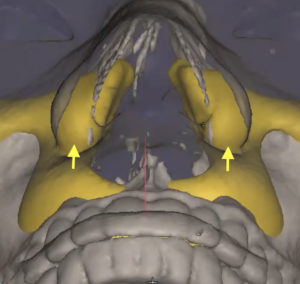 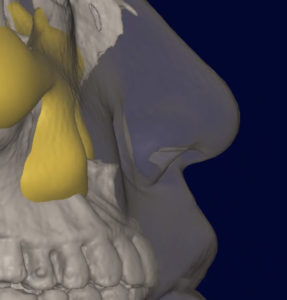 The soft tissue overlay in custom facial implant designing can help ensure that the implant’s maximum area if projection aligns with where the desired external soft tissue push needs to be. This is especially helpful in numerous midface implant designs such as that of the paranasal region.