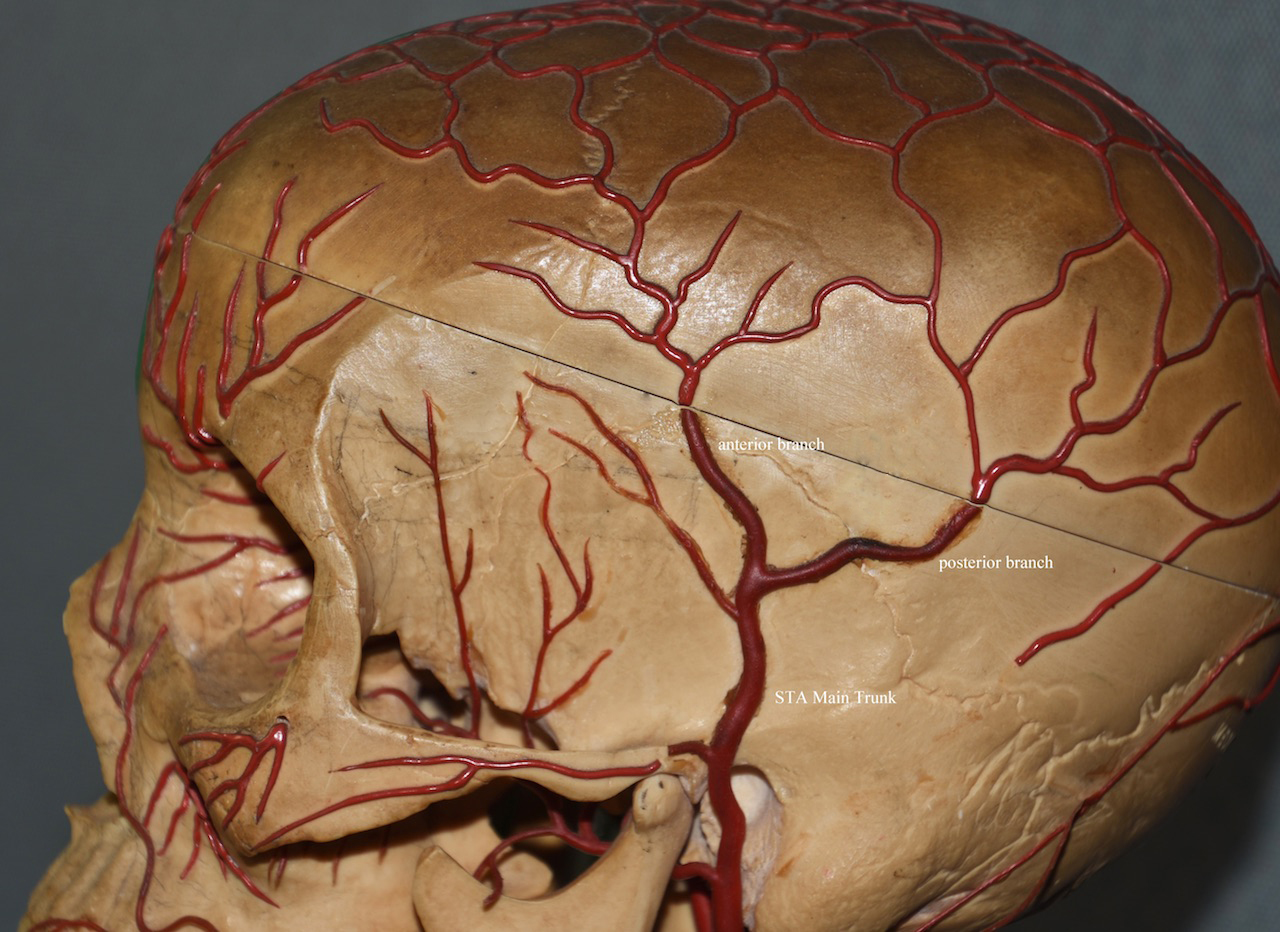 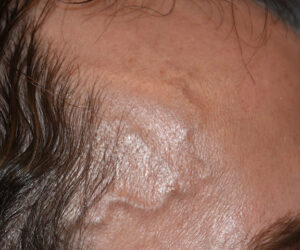 The superficial temporal artery is major branch off of the external carotid artery as it proceeds superiorly into the head. By merely looking at its course it appears to be a continuation of the external carotid. (even though it is one of two branches off of it) It sources superiorly through the parotid gland and then passes more superficially over the back end of the zygomatic arch. (technically the zygomatic process of the temporal bone) 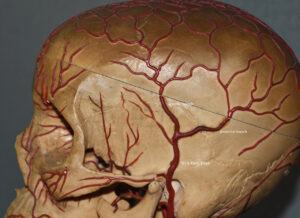 About 4 to 5 cm above the zygomatic process it further divides in a Y configuration into two smaller branches, the frontal and parietal branches of the superficial temporal artery. The parietal or posterior branch (which is larger than the frontal branch) heads backwards towards the ear and has numerous anastomoses with its opposite side across the top the head as well as with the posterior auricular and occipital arteries. 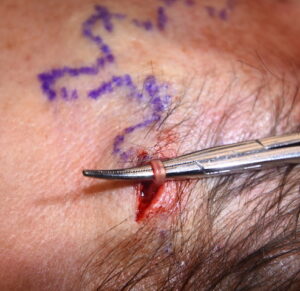 As can be seen in the vascular pattern of the superficial temporal artery it is far from a terminal branch. It has large number of connections from blood vessels across the top of the head as well as deep in the temporal region. Its anastomotic connections are numerous.The very reason that multiple ligation points are needed in superficial temporal artery prominence reduction is the very reason it is safe. It is virtually impossible to cut off the blood flow to the forehead and scalp even when done on each side.There are many other blood vessels that redirect flow into the STA-supplied territory to maintain oxygen levels in the tissues