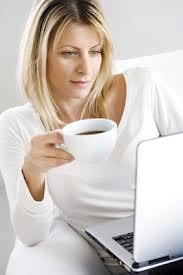 On the final day of 2012, it is interesting to look back and see what some of the trends and interests were in plastic surgery over the past year. While plastic surgeons may perform the surgeries, the interest of patients drive the number and type of surgeries that are done. For this reason, it is noteworthy to look at what procedures were most searched for online.

The popular plastic surgery website, Real Self, reported its top searches for 2012 based on over 50 million searches. The top 10 included tummy tuck, breast implants/augmentation, rhinoplasty, Brazilian butt lift, Botox, Coolsculpting, Breast Reduction, Cellulaze and Liposuction. The procedures that had the greatest increase in interest over the past year were the Brazilian butt lift (up 28%), Cellulaze (up 32%) and labiaplasty. (up 22%)

These search results, albeit just from one source but a very reliable one, provides insight into the public’s evolving interest in face and body modifications. Three of the historically popular and still highly performed procedures, tummy tuck, breast augmentation and rhinoplasty, remain on the top of the list. Not surprisingly, flatter stomachs and more shapely waistlines, larger breasts and nose reshaping are still highly desired. While they were far from being up on % increase in searches, it would be hard to do so when you have been so popular for decades.

The popularity of the Brazilian butt lift, a procedure that was largely unknown just less than a decade ago, is a reflection of society in general. Largely an ethnic procedure for Hispanics and African-Americans, it parallels the changing population mix of the U. S.  It is also an indication of the influence of celebrities on plastic surgery. (the Kardashian effect) While buttock implants have been around for awhile, the allure of using one’s own natural fat and getting some fat reduction in other body areas as part of the procedure is undeniably appealing. The large percent increases in interest in the procedure over the past two years is primarily a result of its ‘newness’. But I would wager five or ten years from now, buttock augmentation will be a permanent member of the all-time top 10 plastic surgery procedures of any year.

Coolsculpting and Cellulaze have made their way on the list because they are new body contouring technologies. Both have been approved for use less than five and two years ago respectively and offer non-surgical methods for common concerns about fat reduction and improvement in the appearance of cellulite. Whether they will be on the top ten list a few years from now will depend on how effective they turn out to be in widespread use.

Botox, one of the few drugs used for aesthetic changes, keeps it place in the top ten list and may well be the number one cosmetic procedure performed in the U.S. by number of treated patients. (amongst surgery and minimally invasive procedures) Despite the large number of treated patients, it is not searched as much as some of the other popular procedures largely because its effects and benefits are so well known.

Labiaplasty, reshaping of the external vagina, is gaining in popularity and public awareness. Once just done by a few gynecologists, it is becoming more widely practiced by plastic surgeons as well. As women become increasingly aware of its potential benefits, the interest in how and where it can be done is rising as well.