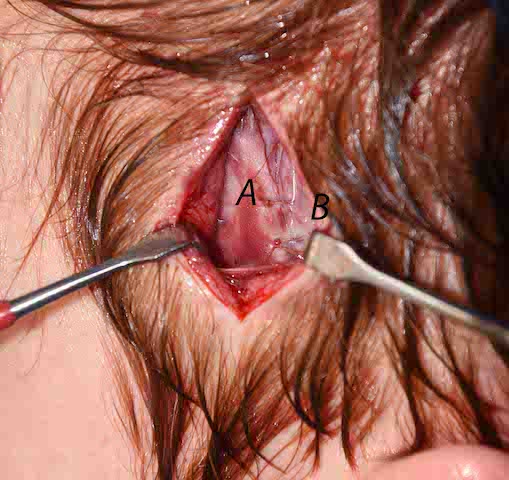 Standard preformed implants have been available for the anterior temporal area for several years. With the popularity of injectable fillers and fat injections being used for temporal augmentation, the need for a permanent implant solution became a natural evolution to fulfill an aesthetic need. 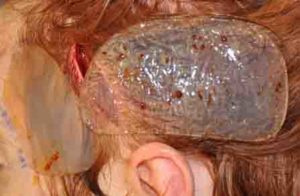 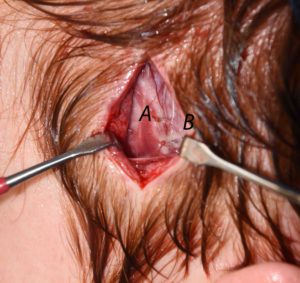 Total temporal augmentation combines anterior and posterior implants to augment the entire side of the head. I have traditionally placed these two implants through a vertical incision in the mid-temporal hairline. Creating pockets underneath the deep temporalis fascia on top of the muscle the implants are placed and joined at their point of contact by sutures to prevent any significant overlap. (A= anterior temporal implant, B = posterior temporal implant)

As I have gained considerable experience with all forms of temporal augmentation I am now able to augment both the anterior and posterior temporal zones through an incision in the postauriclar sulcus. This ‘scarless’ approach eliminates any scar concerns in male or female with very short temporal hairstyles.