Understanding The Array of Liposuction Technologies

Liposuction is one of the most commonly performed body contouring procedures done around the world. It is unique from all other plastic surgery procedures in that there are no significant incisions and putting tissues back together by suturing is a trivial part of the operation and has no impact on the final result. It is a blind procedure whose results are determined by the use of combined tactile and visual feedback as the fat is removed. Yet patients understandably desire and expect a precise sculpting outcome.

One of the main driving issues to raising patient expectations from generalized liposuction to a liposculpting standard has been the plethora of technologies now available to do it. Whatever the benefits of these liposuction technologies may be, their cost and generalized practice competition has led to considerable marketing efforts to promote them. This has led to patients wondering which one is better for their particular contour concerns.

One of the first laser technologies to emerge was the application of ultrasonic energy. Originally called Liposonix and now Vaser, the ultrasound produces both heat and cavitation that breaks up fat. This allows it to be removed easier. The heat that is generated has collagen stimulation and skin tightening effects. This development was followed by the application of laser energy through fiberoptic cables to create laser-assisted liposuction, most popularly known as Smartlipo. The laser energy creates a zone of heat which raises the temperature of the treated area above 45 degrees C, a temperature that breaks down fat cells. The generated heat also has some skin tightening effects. Power-assisted liposuction, known as PAL, works by reciprocating the cannula back and forth hundreds of times a minute. This reduces the workload for the surgeon and less traumatic for the patient. More recently Hydrasolve lipoplasty speeds fat extraction through the use of a pressurized stream of heated saline inside the liposuction cannula which generates enough heat to liquefy fat as it enters into it.

When a prospective patient reads articles or see advertisements for all of these various liposuction technologies, it is understandable why they would be confused. Each has similar claims/benefits that revolve around easier and more efficient fat removal, faster recovery and the ability to create some degree of skin tightening. As is human nature, the latest technology always seems or promises to be better than whatever came before. 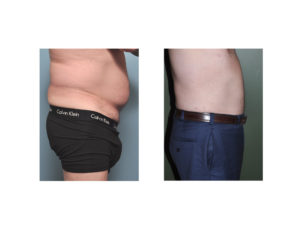 Since there are no prospective comparative studies between any of these liposuction technologies that exist, or will likely ever be done, there is no scientific evidence that one is better than the other. Plastic surgeons may prefer or feel more comfortable with one particular technology, and that is extremely important, but that is not an endorsement of its potential superiority. The most important criteria in any liposuction procedure is the skill and experience of the surgeon in whose hands might be a certain liposuction instrument or machine. Technology will not make up for poor judgment or skill but does have the potential to make good results even better.