What Is A Gummy Bear Breast Implant?

The concept of a gummy bear breast implant has been around now for several years. Patients ask about them, often enthusiastically, like it is the ultimate breast implant. A few prospective breast augmentation patients even say they are not going to have their surgery until they are available. The name gummy bear is all over the internet on message boards, chat rooms, and many plastic surgery and breast augmentation sites. 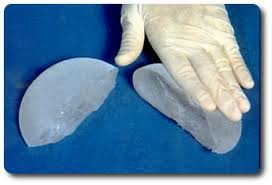 A gummy bear breast implant is one where the silicone molecules are more closely linked to each other. There is no specific silicone gel formula for it and each manufacturer has its own version. For Allergan it is known as the 410, Mentor has the CPG and Sientra has no specific designation  because all of its implant’s gel is form-stable. Currently, Sientra is the only manufacturer that has FDA-approval for the FSBI.  I would expect Allergan and Mentor to have their versions approved in the very near future.

What are the advantages of a more cohesive silicone gel breast implant? The most obvious one is that should the implant rupture, there will be no silicone material migrating away from the implant site. Its increased cohesiveness keeps it together even if the shell or containment bag ruptures. But beyond this many of the other purported benefits of the FSBI remain theoretical or unproven. Do FSBIs feel more natural than other silicone gel implants? That would depend on the type of silicone formulation that is used. Will FSBIs last longer and have lower rupture rates than current silicone gel breast implants? Only longer-term use of them in greater numbers will answer that question. The answer in five years will be more accurate than what we know now.

While a myth in name, the gummy bear breast implant is real. Each manufacturer will have their version of it with slightly different silicone gel formulations and names. While it is not candy, this breast implant type will be a sweet thing for the next generation of breast augmentation patients.