Augmentation of the nose is a frequent element in many rhinoplasty procedures. While the use of locally harvested cartilage grafts works in may cases, more significant augmentations of the dorsum require different volume addition techniques. The choices for major dorsal augmentation rhinoplasty for Asian and African-American patients, for examples, is either that of a nasal implant or a rib cartilage graft. But any patient that needs more than a few millimeters of dorsal augmentation faces the same choices.

The emergence of injectable fillers has now allowed for a non-surgical rhinoplasty. The basic concept of a non-surgical rhinoplasty is that it can only add volume. Noses can become bigger with an injection technique but they can never become smaller. An injectable rhinoplasty can be used to trial what the augmented nose will look like but it will not be a permanent result. While there are some long lasting injectable fillers, placement of them into the nose carries some significant risk. But at the least injectable filler provides an instantaneous result and the opportunity for the patient to determine if this type of nasal enhancement is right for them.

Nasal implants offer a permanent method for dorsal nasal augmentation that does not require a harvest site. But it is an invasive procedure and requires the commitment to having a synthetic material in the nose. For this reason some patients may want tio have an injectable filler placed first. 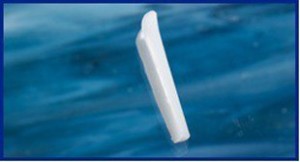 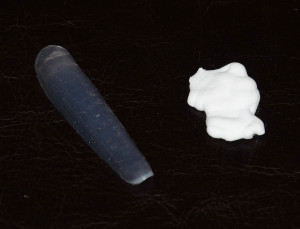 Volume alone, however, is not the complete story of any material’s external facial augmentation effect. Besides volume there is the issue of how well the material pushes on the overlying soft tissues to create their effect. This is known as G Prime Force or the elastic modulus. By feel it is obvious that implants are stiffer than any liquid material and would have a higher resistance to deformation. (thus creating more outward effect given a similar material volume) It is therefore probable that comparing volume displacements alone overestimates the effect of injectable fillers compared to implants. This may be particularly relevant in the nose where the nasal skin is less elastic and more firmly attached than other facial areas.

The use of 1 to 1.5cc of an injectable filler can compare volumetrically to that of an implant in the nose for more significant dorsal augmentations.