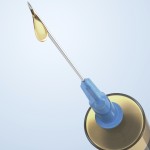 New Versions of Injectable Fillers keep coming…..and more are on the way!

The new revolution in injectable filler materials has been the change from collagen to hyaluronic acid. A natural sugar, hyaluronic acid (HA), lasts longer and has much less potential for adverse reactions than collagen. The battle amongst HA manufacturers revolves around the claim of which one is the longest lasting. Despite differing claims, conclusive proof that one type of HA lasts longer than the other remains lacking. Clinical trials for most manufacturers has compared their version of HA to collagen as the control. Few direct comparison studies have yet to be done. While the amount or concentration of HA per cc would suggest greater longevity, there are other issues of importance as well such as the degree of cross-linking. These issues will eventually sort themselves out but it is fair to tell patients that HA injections will last between 4 and 8 months on average, and some perhaps longer. One thing is for certain, however, and that is more variations of HA injectable fillers are coming….and such competition will drive the price of a syringe down. (which is more than can be said for Botox!)

Two non-HA injectable fillers also became commerically approved last year. I call these type of injectable fillers, particulated synthetic injectable fillers. The concept is that they contain a portion of non-resorbable beads or particles mixed in a carrier solution. Radiesse uses ceramic beads and ArteFill uses plastic beads. Either way, the beads do not go away and some percent of permanence remains. As a result, they last longer than the HA fillers even if 80 – 90% of the particulated filler does go away. Because they have the potential to become lumpy due to scarring around the beads, their use in the lips is not recommended. In theory, build-up of the beads can occur over time with multiple injections so that their effect may seem to last longer over time.