Lebanon, formally known as the Lebanese Republic, is a small country located on the eastern Mediterranean sea. It is bordered by Syria in the north and east and Israel to the South. Because of its location at the crossroads between the Mediterranean and much of the Arab world, it has a long and rish history dating back to thousands of years B.C.. It is about 2/3s the size of the state of Connecticut (about 4,000 square miles) with a population of just over 4 million. The Lebanese population is surprising young with more than half being below the age of 25 and is one the most educated populations in the region. This may help to explain the tremendous popularity of plastic surgery in this historically war-torn country.

Some have written that Beirut, the centrally located capital along the coast is the Beverly Hills equivalent in Lebanon. Much of this impression comes from the short documentary film by a Lebanese-America woman entitled “Copy. Cut. Paste” which details what the filmaker describes as the Lebanese women’s unhealthy attraction to plastic surgery. Her observations were that many women of Beirut look very polished with their tattooed brows and thin bodies with large chests to their wrinkle-free skin and small noses. Much of this is explained to come from women in Lebanon competing to find a husband and build a family.” 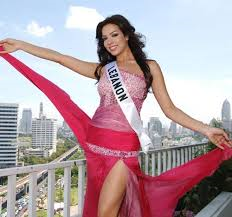 As the film “Copy. Cut. Paste” reveals, Lebanon  appears to have found a way to escape the political, social, and economic instability of two decades of war through plastic surgery. The combination of globalization, political and economical factors in a post-war country has helped drive the popularity of having plastic surgery. A surprising 1.5 million procedures are done annually in a country with just over 4 million people. The cost of plastic surgery in Lebanon is about one-fifth of that in the U.S..