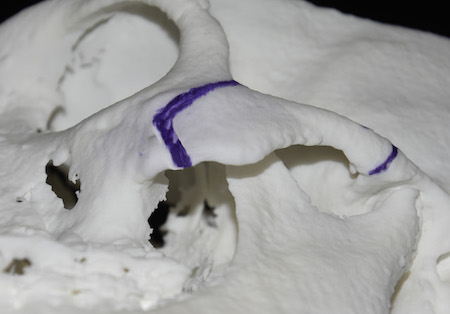 Background: Cheekbone reduction is a common procedure in the Eastern part of the world where wider faces are more genetically common. However due to immigration, the mixing of various ethnicityies and desired Western facial shapes it is becoming more commonly done in the U.S. by a few surgeons. Cheek width reduction may be sought by a variety of American patients from Asian, Native Indiana and various other ethnic backgrounds.

Cheekbone reduction surgery has a substantial history since the 1990s and has undergone numerous technical modifications. Regardless of the technique espoused today, its main components are an anterior zygomatic body osteotomy and a posterior zygomatic arch osteotomy. The cheek bone is simply not going to move inward unless both ends of the ‘bridge’ are cut. The basic principle of plate and screw fixation is also essential as this provides the only assured control of stable segment repositioning. 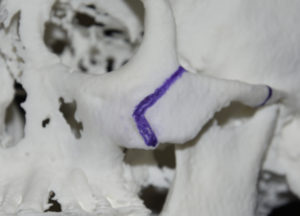 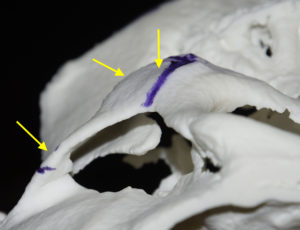 While there no real variations on the posterior zygomatic arch osteotomy design given the small diameter of the thin straight bone, the anterior zygomatic body osteotomy offers more bone surface area. Since it is the workhorse of the operation in terms of effects, it has undergone numerous modifications. The originally described straight line has given way to a two-directional bone cut which offers enhanced stability after plate application, more dimensional adjustability (the so called 3D cheekbone reduction) and less chance for soft tissue cheek ptosis.

Case Study: This male with an American Indiana ethnicity desired to reduce his strong cheekbone appearance. He wanted a straight line profile from the temples as it crossed the zygomatic arch onto the lower midface area.

Under general anesthesia the anterior zygomatic bodies were first exposed intraorally. An oblique osteotomy cut was made form he junction of the lateral orbital wall and the posterior body into the middle of the bone. Then a 90 degree ore vertical cut was made down through its inferior edge at the attachment of the masseteric tendon. A 5mm wedge of bone was taken by a second cut more posterior to the first more vertical cut.

The anterior end of the mobilized zygomatic body was advanced and rotated inward and secured with 1.6mm L-shaped plates and screws. The inward movement was measured at 7mms. The outer edge of the superior zygomatic body along the osteotomy line was then smoothed to prevent a palpable stepoff. Gelfoam sponges were placed over the osteotomy site for hemostatic prior to closure. 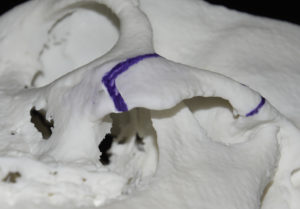 The cheekbone reduction procedure provide consistent facial reduction through the anterior and posterior osteotomies that support the bony arch which is the major contributor to facial width. The numerous modifications to the anterior zygomatic body osteotomy have evolved with recognition of the actions of the masseter muscle whose origin is the zygomatic arch. It is currently believed that maintaining  rigid fixation of the zygomatic body osteotomy is a major contributor to preventing  postoperative cheek sagging.

1) Cheekbone reduction consists of an anterior geometric osteotomy of the main body of the zygoma and a posterior linear osteotomy at the end of the zygomatic arch.

2) The L-shaped pattern of the zygomatic body osteotomy allows for an inward and rotational movement of the repositioned segment.

3) Plate fixation at both ends of the osteotomies provides the most assured stability of the repositioned bone segments.