Custom Skull Implants in The Correction of Occipital Plagiocephaly in Adults 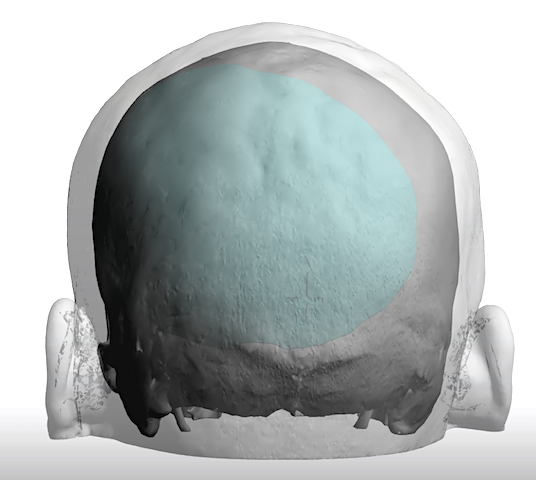 Plagiocephaly, also known as flat head syndrome, is a common skull shape abnormality. Occurring in over 200,000 reported newborns/infants per year in the U.S, it is a very treatable skull disorder with the use of early helmet therapy to help round out the head shape. But many people are either not diagnosed early enough for helmet therapy to be effective or access to helmet therapy is not available. As a result probably a significant number of such head shape disorders do not receive early corrective therapy.

While there is no evidence that plagiocephaly is gender specific, in adults it is men who seek out corrective therapy far more than women in a ration 10:1. The reason is not due to a higher occurrence but a more increased visibility of the ones head shape. With shorter hair, thinning hair, and in particular, shaved heads, men are much more likely to have the problem be seen and to be very sensitive about its appearance. This visibility due to lack of hair coverage also plays a major factor in how to treat the problem with acceptable aesthetic results. 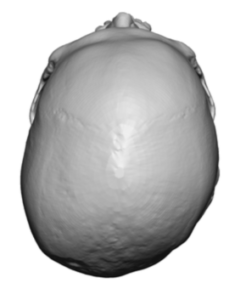 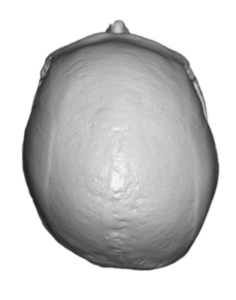 Plagiocephaly presents in varying degrees of skull asymmetries but always there is a flat back of the head on one side. This often can be transferred to the front of the skull with contralateral forehead flattening although it is always far less severe. The temporo-parietal bone is wider on the flat occipital side and the ear is more anteriorly positioned. The ear may also be more protrusive (increased auriculo-cephalic angle) than the other ear. However, the key feature that every plagiocephaly patient wants to correct is the flat side of the back of the head. They may progress to treating some of the other associated features of it (e.g., ear repositioning, forehead reduction) but the foundational plagiocephaly procedure is augmentation of the flat side of the back of the head. 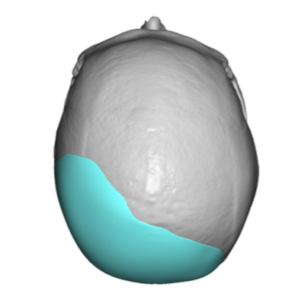 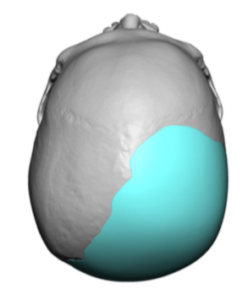 While the occipital flattening could be corrected by a variety of bone augmentation techniques, the best solution is a custom solid silicone skull implant. The key benefits to this approach are two-fold; computer implant design and the ability to place the skull implant through the smallest possible scalp incision. It is hard to have a better shape match of the flatter side to that of the opposite side than to have the computer create a mirror image of the shape of the rounder normal side to the flat side. 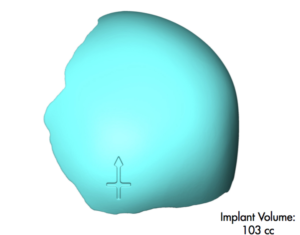 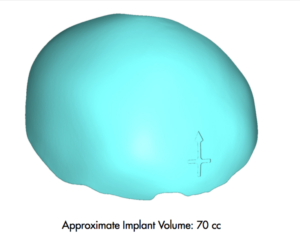 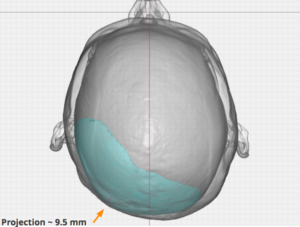 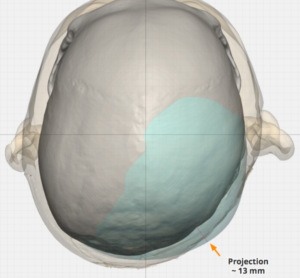 In most cases the amount of projection augmentation needed to match the opposite side is usually in the range of 8 to 14mms. The volume of the implants range from 50cc to 110cc with averages in the 70cc to 80cc size. How far the outline of the implant will extend forward towards the ear or up across the top of the crown of the head depends on the severity of the flattening. But only a computer design could ever get these implant design details to be as accurate as possible. 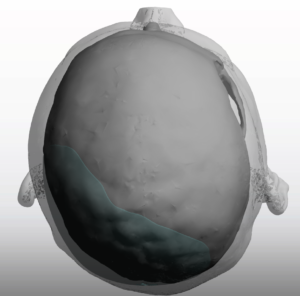 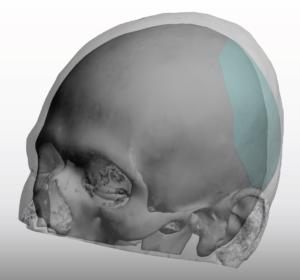 One design issue to consider is the influence of the overlying scalp tissue makes towards the visible flattening seen. With occipital bone flattening the overlying scalp will also be somewhat thinner as well. Thus matching the bone shape perfectly in the design may not always optimize the symmetry result. While current computer design programs can not reliably factor in the influence of the scalp’s thickness I generally add an additional 5% to 10% to the maximum implant thickness predicted to match the opposite side. Such an additional increase will not ever make it too big and it is a good example of where a very slight over correction is probably better than a slight under correction.

When augmenting the flat occiput a critical aesthetic consideration is the size of the incision that is used to place it. It would be a very poor aesthetic tradeoff if a long scalp incision (e.g., coronal scalp incision) was needed to place it. This is the value of a solid silicone skull implant whose property of elastic deformation allows it to be inserted through incisions 1/4 to 1/3 of the implant’s diameter. This is why the use of bone cements and all other rigid implant materials (e.g, PEEK), who require much longer scalp incisions, have undesirable aesthetic tradeoffs in the unforgiving  non-hair bearing scalp.