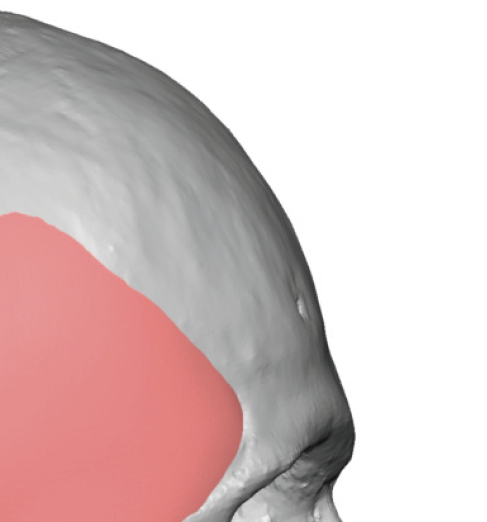 In treating a forehead protrusion the question is whether the more prominent side of the forehead should be reduced or the smaller asymmetric side should be augmented. That depends on the degree of protrusion as well as the patient’s perception of their forehead shape. On the back of the head it is almost never a case where the patient wants to reduce the bigger side because the flatter side is so obviously at fault. This, however, is not as obvious on the forehead. Most of the time, in my experience, patients was to reduce the larger forehead side.

Unilateral forehead reduction surgery has some different considerations than overall bony forehead reduction. The incisional access needed can be less in length but needs to be located ‘close’ to the forehead. (hairline or just behind the hairline) Because a burring technique is used the incision must provide for a linear line of access. The handpiece and burr used to do the reduction is largely straight and burring can not be done around ‘corners’ or too far behind the transition point of the more vertical forehead from the horizontally oriented top of the head. In addition the forehead bone is not very thick, usually about a 5mm reduction can be safely done, and contour irregularities are very easy to see on the large non-hair bearing surface of the forehead. So adequate visualization must be obtained to do a smooth and adequate reduction.

Case Study: This short-haired male had a significant plagiocephaly skull deformity for which the flatter right back was being treated with a custom skull implant. He also wanted the protruding forehead concurrently reduced. 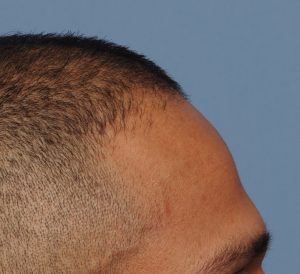 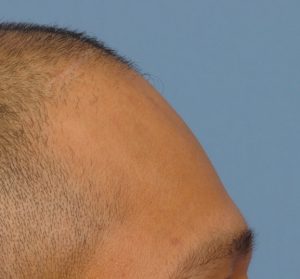 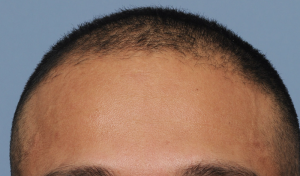 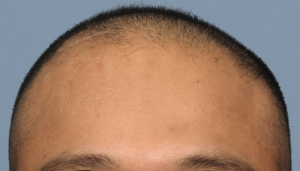 Through a 5cm incision just a few millimeters behind his frontal hairline the bony foreheads reduced as much as the bone would permit. His before and afters showed the amount of successful forehead reduction achieved. 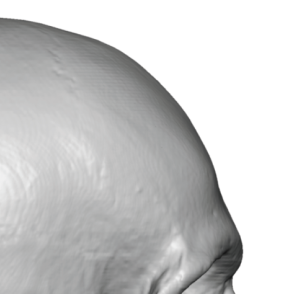 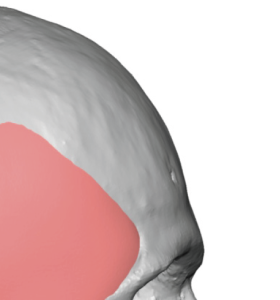 Before and after 3D CT scans (taken for other purposes) also showed the change in the shape of the forehead protrusion. 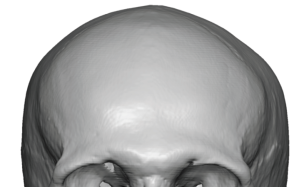 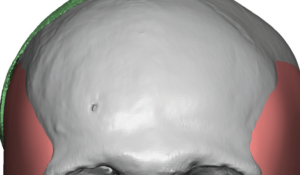 Like many aesthetic deformities it is always a question of whether the tradeoff acquired (scar) by doing the procedure (forehead reduction) was a worthy one. This often comes down to not whether there will be a scar but how significant it will be. To try and ensure that the scar does not create an aesthetic problem as significant as that of the original forehead protrusion the length of the incision needs to be as short as possible. This makes the operation more technically difficult  and arduous but, in the end, this is an important effort to make.  `

1) An ipsilateral forehead protrusion often accompanies the flatter back of the head side in plagiocephaly.

2) The forehead protrusion in plagiocephaly is almost always less severe than the back of the head flattening but may still be aesthetically bothersome in some patients.

3) Unilateral bony forehead reduction can be done through a hairline incision.