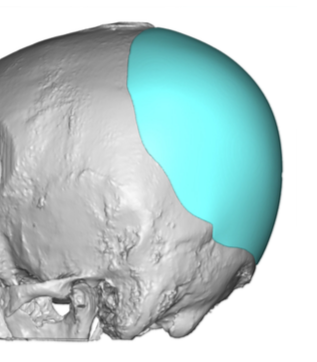 Background:  One of the most common aesthetic skull deformities is a flat back of the head. Such flatness can occur in a variety of ways of which the most common is when it affects just one side. (plagiocephaly) The other type of flatness is when it affects both sides, technically known as brachycephaly. Although in the aesthetic variety the extent of the brachycephaly is less severe than in the more severe congenital or craniosynostotic type.

While both men and women can be affected by a flat back of the head, men may more frequently seek treatment for it due to greater visibility. With short hair or a shaved head men have no ability to camouflage a ‘missing’ part of the skull that looks cuts off in profile view. Some men may want to augment the back of their flat head because they have some hair but want to shave their head or cut their hair very short because it is thinning. In more rare cases some men with full or thick hair want to augment the back of their head because it feels flat or are concerned what it looks like when wet. 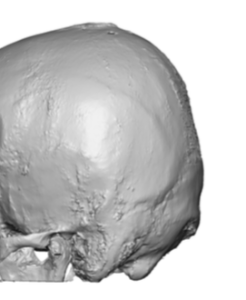 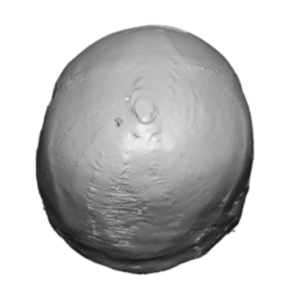 Case Study: This male had long been bothered by the flat back of his head. He sought treatment for it now because he recently became aware that it was possible to safely and effectively augment it. A 3D CT scan showed the lack of convexity in profile and a flattening of the occipital and paste parietal bones above it. 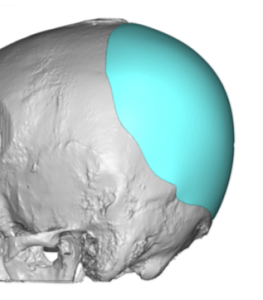 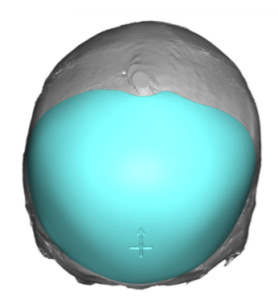 A custom skull implant was designed to augment the back of the head which had 14mm of central projection and a total implant volume of 155ccs. 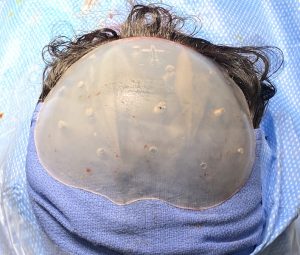 Under general anesthesia and in the prone position a horizontal scalp incision of 9cms was made over the nuchal ridge. No hair was shaved to make the incision. The custom skull implant was placed over the patient’s back of the head to show its intended effect in both profile and back view. 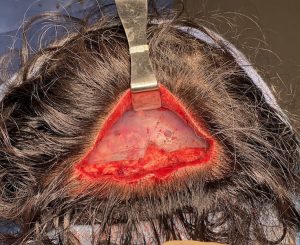 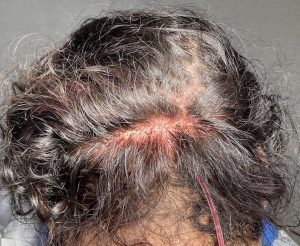 After a drain was placed the scalp incision was closed over the implant in multiple layers. The key in the scalp closure is to place sutures below and above the hair follicles. This avoids trapping any hair follicles in the closure and thus averting any hair loss.

The key to a successful back of the head skull implant is affected by four factors: 1) implant shape, 2) implant volume, 3) incisional location and length and 4) the ability to get the implant successfully passed through the incision and properly positioned on the bone.

1) A flat back of the head is most commonly seen in men with short hair or shaved heads but those with hair can be also bothered by it.

2) As a good guideline in back of head skull implant design, the maximum volume should be in the 150cc range and no more than 13 to 14mm maximum central projection.

3) The back of head skull implant can be placed through a low horizontal scalp incision that does not require any shaving of hair.