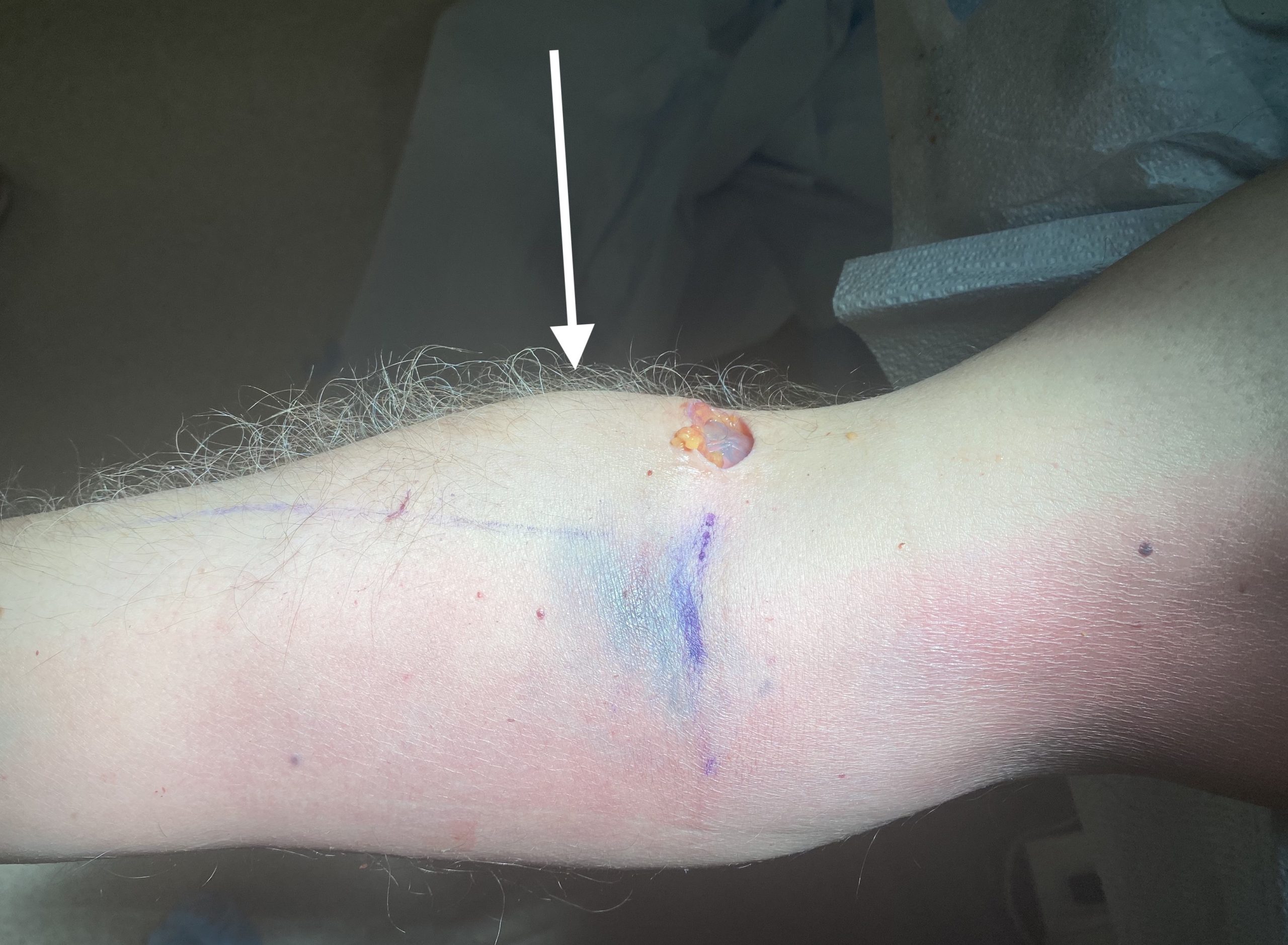 Aesthetic solid silicone body implants can be performed at numerous locations, the most commonly known are the buttocks, pectoral and calf regions. Less well known are the extremity implants such muscular augmentation of the biceps triceps and deltoid areas which can also be successfully done. Because upper extremity implants exist I will occasionally get asked about whether aesthetic augmentation of the forearm is possible. To the best of my knowledge I am not aware that aesthetic forearm implant surgery has ever been done. 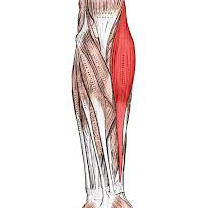 The brachioradialis is the most superficial muscle on the lateral side of the forearm. It has a long fusiform shape where it originates from the supraocondylar side of the humerus bone and inserts distally way down at the base of the styloid process of the radius bone. It is best visualized by its location at the outer side of the cubital fossa. (elbow pit) It provides a substantial muscle bulk that is seen on the anterior aspect of the upper forearm. 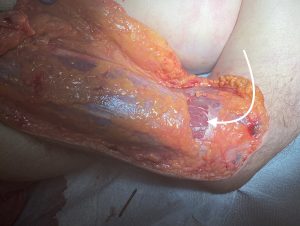 As a result the brachoradialis muscle would be a logical consideration for aesthetic forearm augmentation. In looking at the muscle in a cadaveric dissection it can be seen to have a sizable muscle belly with a good layer of overlying fascial cover. Subfascial dissection is uninhibited over the muscle belly and the overlying incision would be a small 2 cm one in a skin crease that would become obvious when bending the elbow. 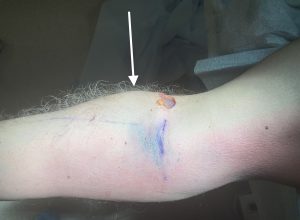 This would also be a safe implant to place as no nerves are in the vicinity of the dissection and the impact on muscle function would have no long-term impact. The only adverse effects would be temporal swelling over the augmented area and some discomfort on wrist extension.