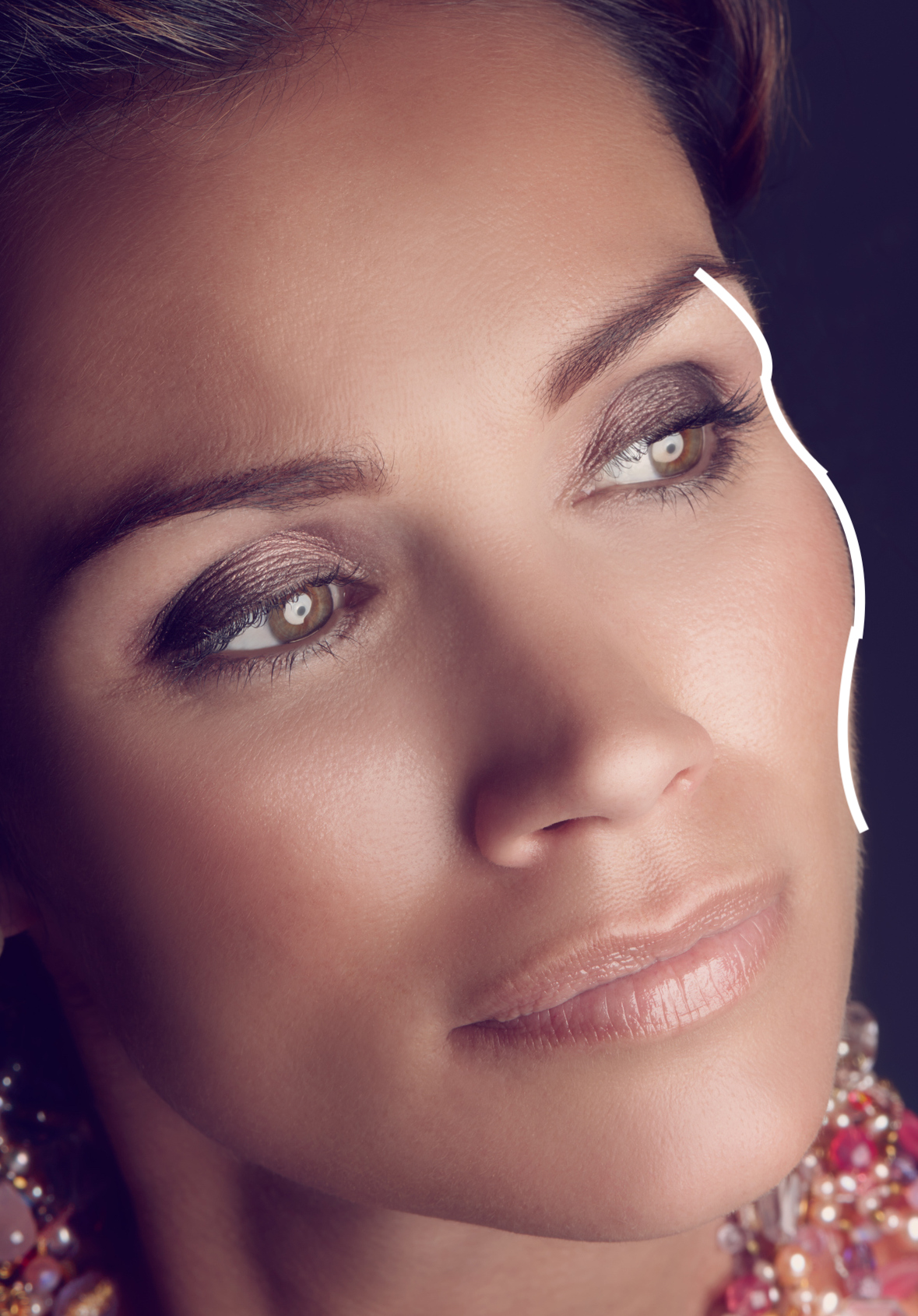 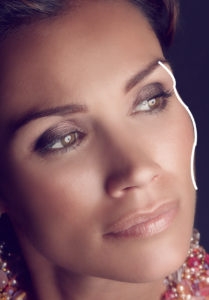 In cheek augmentation, whether it be with fillers, fat or implants, the relevance of the ogee curve comes into play. This well known aesthetically desired external facial contour refers to the central facial triangle or the double soft-S curve that is seen on the cheek from an oblique view. It starts with convex fullness in the lateral brow that gently curves in at the lateral eye canthus (where the upper and lower eyelids meet) and then curves out again on the upper cheek to again curve inward towards the mouth. (hence the double S curve effect) 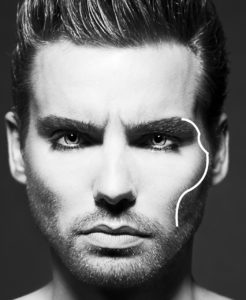 This midfacial curve is associated with a youthful face as this facial contour is lost with age as its shape collapses from volume loss and tissue sagging. It is said that an ogee curve on a young face makes it more attractive while putting it back on an older face makes it look younger. I would point out one caveat…this almost always refers to a female face when the ogee curve is discussed but has relevance to the male face as well. (even though there may be subtle gender differences in its shape as the male has a lower brow thus changing the upper curve shape)

Entymologically, ogee refers to an object that has a serpentine or sigmoid-shaped curve often seen in architectural designs and building materials. Geometrically it is the combination of two curves or arcs with a central point of inflection from convex to concave or vice versa. Such a geometric shape is also seen in various clock and pot designs. On the face the cheekbone is the primary anatomic structure creating the ogee curve as can be seen in any younger facial skeletal model. Clearly the overlying soft tissue component also plays a role as evidenced by successful ogee curve creations by injectable fillers and fat when the bone is structurally weaker.

While the ogee curve certainly has relevance to midfacial aesthetics, it is important to realize that it is a general guideline not an absolute aesthetic measurement. Looking at its geometry the ogee curve is a combination of two curves of the same arc in which the second curve is the reverse shape of the first curve. This is where the arc lengths of the curves are the same. In looking at any ogee curve on a face the arc lengths of the two curves are usually different. The lateral brow-lateral orbital rim curve is often smaller than that of the cheek curve. Such curves also are not classic arc-shapes which means they are not extracted as part of an arc segment from a 360 degree circle which can be measured. Which is why they are always referred to as ‘gentle S-curves’ which does not provide any specific definition of what these those arc shapes should be or what would be the most aesthetically pleasing shape to them. Thus the ogee midfacial curve is a good aesthetic concept but it lacks measurable specifics. 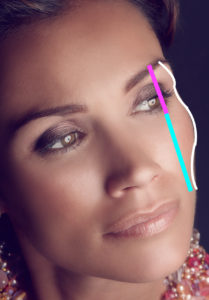 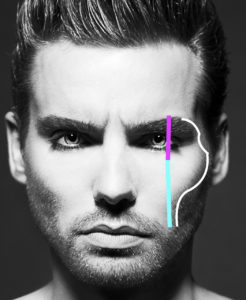 Rectifying the two components of the facial ogee curve (straightening them out), given that the two arc lengths are different, does raise the question of their linear relationship. Does this signify a Golden ratio type relationship? In some patients I have measured them and it does and in other patients it does not. So like the application of all Golden radio concepts to facial aesthetics one has to be careful to not read more into it than what really exists. The Golden ratio in facial aesthetics, in my opinion, is a classic ‘truism’….it is just seems like it should always be true because it makes so much sense that it must be. But the reality is that it is not an absolute truth. It is a guideline for facial beauty not a set of absolute measurements that apply to all people. There are lots of examples where men and women have very attractive faces but do not necessarily have Golden Ratio relationships between their facial features.