For women undergoing breast augmentation surgery, the location as well as the size of the breast implants is of critical importance. While women can participate in the selection of the size of their breast implants, they have little say in where they are positioned on the chest wall. Ideally the plastic surgeon centers the implant with the nipple-areolar complex  positioned over or close to the center of the newly projected breast mound.

But many women’s native breast mounds are not usually symmetric and the position of the nipple-areolar complexes may be positioned fairly far to the side. Such widely spaced breasts mound and lateralized nipples pose an aesthetic compromise that is important to diagnose and discuss before surgery. 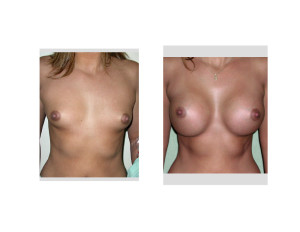