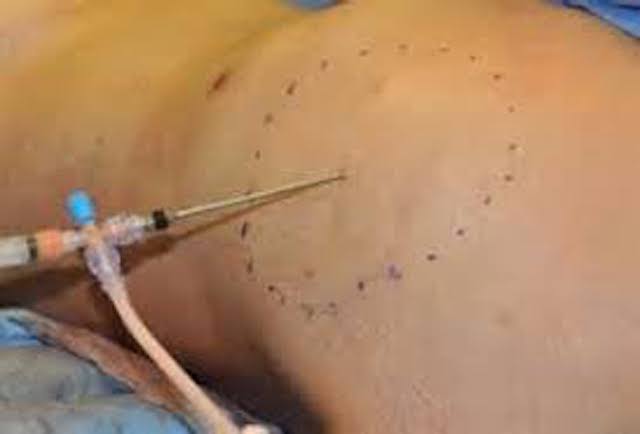 The Brazilian Butt Lift (BBL), which is fat transfer to the buttocks by injection, is one of the most popular body contouring procedures in the U.S.. Despite its popularity and effectiveness at enlarging the buttocks, it is also the most dangerous of all aesthetic plastic surgery procedures. It has a risk of causing pulmonary embolism because of the injected fat into the highly vascular buttock region. Of the over 100+ known cases of pulmonary embolism from BBLs in the U.S. to date almost one-third of them were fatal. That is a unique mortality risk of less than 1:2500 procedures. 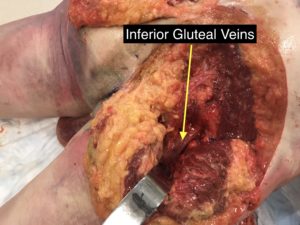 The source of pulmonary emboli in BBL surgery has been discerned to be from the historic belief that fat injected deep into the buttock muscle has a better chance of survival. What was not fully appreciated early on was the deep and large veins which existed right beneath the gluteus maximus muscle. With high pressure injection deep into the muscle it is easy now to understand how entrance into one of these veins could occur.

In the April 2020 issue of the Aesthetic Surgery Journal an article was published in the topic entitled ‘Objectifying the Risk of Vascular Complications in Gluteal Augmentation With Fat Grafting: A Latex Casted Cadaveric Study’. In this study the authors sought to create a 3D map of the deep inferior gluteal vessels using cadaveric specimens which had been injected with colored latex at the aorta, vena cave, popliteal and saphenous veins. At the subcutaneous level the average vessel diameters were small, averaging around 1mm in size. In the gluteus maximus muscle vein diameters were around 1.3mms. Inferior gluteal vessels had increased calibers between 2 and 3mms. The superior gluteal artery and vein had vessel calibers between 2 and 4mms. The superior and inferior gluteal veins diameters were impressively large at 7 to 13mms diameter. 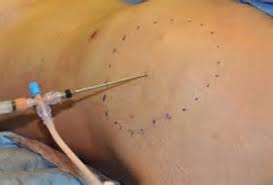 As prior anatomic studies have shown and this latex 3D vessel study further confirms the deeper and more medial veins of the gluteal region are, by comparison, to the more superficial levels, massive. It is easy to understand how intramuscular injection risks possible entry into these large vessels causing fat emboli to the lungs. This adds clarity to the reason fat injections to the buttocks should be restricted to the subcutaneous fat layer. This virtually eliminates any potential risk of inadvertent intravascular injection.