Like the nose, the chin is a major component of the facial profile. Surgically more rhinoplasties are performed for aesthetic facial improvements than chin reshaping procedures. But this speaks more to the combined functional and complex aesthetic deformities caused by the nose compared to the isolated aesthetic effects of the chin which is structurally simpler and has no functional role in jaw function. But this apparent simplicity leads to many important nuances of chin reshaping surgery that can be overlooked and create adverse aesthetic outcomes.

The chin is historically dominated by two fundamental concepts amongst surgeons. First, it is typically viewed as an almost exclusive profile structure as can be seen by any set of before and after pictures on a plastic surgeon’s website or most professional articles. While the chin does have a dominant effect on a patient’s profile, this 2D approach to chin surgery is often a major source of aesthetic complications and patient dissatisfaction. A patient may look great in profile but may not be so satisfied in frontal and three-quarter views…which is how they more commonly see themselves. Contemporary aesthetic chin surgery must take a 3D approach with attention to the vertical length and width of the chin as well.

Secondly, aesthetic chin surgery is typically perceived as an augmentation procedure with the traditional debate between an implant vs a bony genioplasty. This discussion has been done ad nauseam and there are surgeon advocates for either one usually driven by specialty training and experience as well as patient preferences. While all of these have considerable merit in the chosen chin augmentation technique, what ultimately matters is what dimensional changes does the chin need to meet the patient’s aesthetic goals and which procedure can most effectively achieve them. A standard chin implant can not achieve every type of augmentative change and neither can a bony genioplasty. 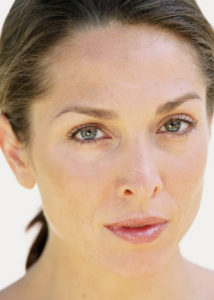 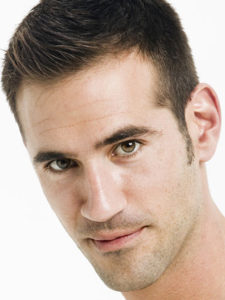 The gender differences in the shape of the chin are well known. Men tend to prefer a more forward, wider and square chin that may have a two-point light reflection. Conversely women prefer a more narrow chin that is slightly less projected and has a single light reflex. (Fig. 1) The well described historic guidelines of the facial proportions and the rule of thirds for the vertical length of the chin and the lip-chin line for the horizontal projection of the chin are still useful preoperative considerations.

But I find computer imaging far more important than any standard numbers, angles and proportions. Computer imaging visually engages the patient to individually determine their desired chin position and shape changes. Young patients today often do not look for me to provide their needed aesthetic changes. They often know what they want and many have done their own imaging of their desired changes. Even if they have not, computer imaging helps quantitate what their aesthetic goals are and aren’t. And many times knowing what the patient doesn’t want can be just as valuable if no more so than what they think they want.

It is critically important to recognize the often unique nature of the facial reshaping patient of which many chin surgery patients comprise. Just like many rhinoplasty patients, which is the most historic form of facial reshaping surgery, this is a different population than that of the facial aging patient. They are often younger, more scrutinizing of their preoperative decisions and postoperative results, and can be less tolerant of the recovery process. While chin reshaping surgery is done at all ages and often combined with other aesthetic facial procedures, it behooves one to be aware of the psychological challenges that structural facial surgery in the young can entail.