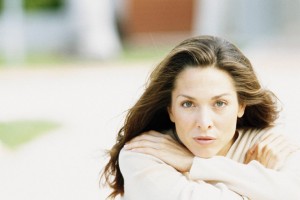 A recent news report indicates that more younger people are jumping into plastic surgery than ever before. Delving into the report shows that this is not for invasive surgery but is based on the migration of Botox use into patients down into even 20 year olds. According to the 2012 Plastic Surgery Statistics Report put out by the American Society of Plastic Surgeons, Botox use in 20 and 30 years olds rose by 8% last year. Much of that use was for wrinkles between the eyebrows and in the forehead as it is in older patients.

Botox in many ways is little bit like a fountain of youth in a syringe. It provides a near immediate reduction in frowning or scowling as well as horizontal forehead wrinkles. Its benefits in those with such forehead signs of aging is well recognized and, as a result, Botox has worked its way into a mainstream beauty treatment that is now not much different than getting coffee at Starbuck’s.

As could be predicted, there is a trend towards younger patients doing prophylactic aging treatments rather than waiting until they actually have the ‘symptoms’. These 20 year olds see getting Botox as a jump on the aging process using it as a preventative measure rather than an actual treatment. There is actually real science behind that approach because static skin wrinkles are always the sequelae of dynamic wrinkling beforehand. Like repeatedly folding a piece of paper (dynamic wrinkling), eventually a permanent crease will result. (static wrinkle)

While Botox is enormously safe and has no permanent side effects, the concerns in young people with its use are economic and not aesthetic. Is a young person really prepared to maintain the results of Botox over the long haul? Getting it at least twice a year, Botox would cost, on average, around a minimum of $6,000/10 years. While it would definitely defer the onset of wrinkles, its consistent use in this young age group may be cost prohibitive.

As a result of cost, younger people may be advised to defer the use of Botox until their mid- to late 30s. In the interim, there are more economically efficient methods of skin wrinkle prevention including sunscreen and excessive sun avoidance, not smoking, regular microdermabrasions and chemical peels and daily use of topical skin agents.