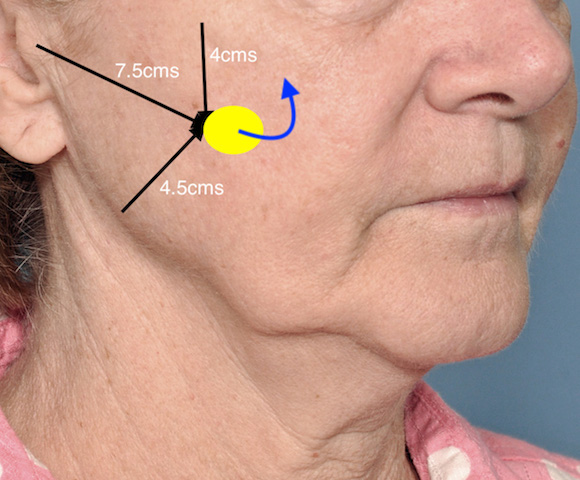 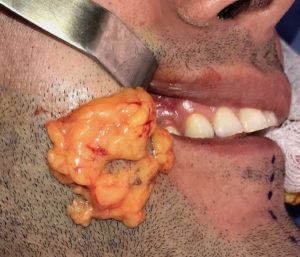 The buccal fat is most commonly known as an aesthetic procedure for its removal to thin out the cheek areas. In performing this procedure an important piece of its anatomy becomes relevant….its vascular blood supply. Along the sides and on the back end of the fat pad as it is extracted its vascular pedicle can be seen. And it is important to cauterize these vessels when removing the buccal fat pad to prevent the risk of postoperative bleeding and hematoma.

But this vascular pedicle also means that the buccal fat pad can be removed from its capsule and transferred to fill in local soft tissue defects. This serves as the basis  for its use in reconstructive surgery such as in the repair cleft palate fistulas/defects as well as oro-antral fistulas which are in the reach of the stretch of the released fat pad. In a similar fashion it has been described use in aesthetic cheek augmentation by transferring it up over and into the cheekbone.

In the April 2020 issue of the Aesthetic Surgery Journal an article was published on the topic entitled ‘Sub-SMAS Transposition of the Buccal Fat Pad’. In this clinical paper the author describes the technique and outcome for treating the midface volume deficit by a sub-SMAS buccal fat pad transposition during facelift surgery. Over a four-year period twenty-two (22) patients underwent the buccal fat pad midface rejuvenation technique. Midfacial volumes were pre- and postoperatively measured by curvilinear surface measurements on 3D models, standard photography and MRIs.

The results showed that the average midface appearance and curvilinear surface measurements significantly improved. MRIs showed the repositioned fat pads were in a corrected and stable position. 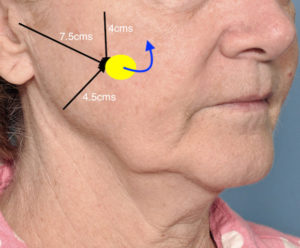 It is well known that, almost regardless of the facelift technique used, there is a limited effect of improving volume deficiency of the midface. This is demonstrated by the historic and contemporary use of submalar implants as well as direct fat injection grafting into the midface during facelift surgery. Previous anatomic studies have shown the usual location of the buccal fat pad which lends itself to trasnsposition for inframalar augmentation. The safety and effectiveness of this buccal fat pad technique in facelift surgery is well demonstrated in this clinical study.