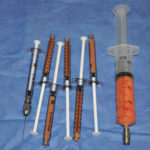 Fat grafting has become very popular in plastic surgery with the face and buttocks being commonly injected sites. While the availability and harvesting of fat has always been easy through well established liposuction techniques, it is the understanding of fat aspirate concentration and injection technique that has made it a more reliable soft tissue filler. Its popularity has been further enhanced by being an inadvertent carrier of large quantities of stem cells.

Fat injections would be even more popular if they were not largely done in an operating room most of the time. The sterility needed for harvest and preparation of the fat and the comfort of doing so under anesthesia make many fat injection treatments similar to actual surgery. If fat became an off-the-shelf product, it might be a more competitive analogue to synthetic injectable fillers in an office setting.

For some patients and their plastic surgery problems, repeat fat injections are needed. This is true for such cosmetic procedures as facial volume enhancement, buttock augmentation and breast reconstruction. For these procedures patients often have an initial surgical procedure where fat is harvested and injected. If unused harvested fat could be safely stored from this first encounter, repeat injections could then be done as a less involved office procedure.

This is a fat technique that is currently being studied and evaluated. This involves the freezing of fat in a cryogenic chamber, placing it in suspended animation to be thawed and used later. There are now numerous companies, such as Cryo-Lip in Indianapolis that offer this service on a commercial basis. There are a few plastic surgeons who are currently using frozen autogenous fat. 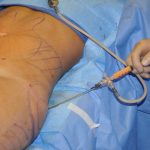 The pertinent question is whether one can get equivalent results from frozen fat compared to fresh fat. Will frozen fat survive with anywhere near the predictability of the immediate injection of fresh fat? While the verdict is far from conclusive, the existing science does not yet support the effectiveness of frozen fat. Most clinicians currently believe that fresh fat better retains the viability of the injected adipocytes and stem cells better than when it is processed through a freezing process and then thawed again.

Some patients do ask if their fat can be frozen and used later. Historically this was an irrelevant question since plastic surgeons had no access to a method of fat storage, short of their own freezer. But the emergence of commercial options makes this now a question that can be addressed. While the science of frozen fat is not well defined, the leading answer is now an economic one. If a patient is willing to pay for fat storage, it can be now be safely done and used later.