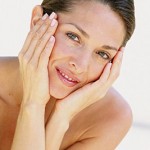 As plastic surgery has worked its way into the mainstream of American society, it is no surprise that procedures are being done today that were not imaginable a mere ten years ago. And I am not referring here to surgery wonders of technology and scientific advancement (although that exists also), I am talking about what patients desire to have done. This is a reflection and commentary on contemporary American culture, not necessarily how far the science of plastic surgery has come.

Buttock Implants/Fat Injections – The appeal of a larger, more rounded buttocks is certainly a body image of recent note. Whether done by transferring fat from one body part to another or by an implant placed through an incision near the tailbone, the desire for buttock enhancement could not have been envisioned ten or twenty years ago. There is actually a great number of patients who would like buttock reduction but no single good procedure exists for that problem.

Labial Reduction – Whether due to discomfort from rubbing on clothes or during inetrcourse or simply to ‘look better’, reducing the size of a woman’s labia is now a common procedure. One would never have thought that such a concealed part of the anatomy would create a demand for treatment. A very simple and effective procedure, labial reduction restores the outer appearance of the vagina to a more youthful appearance.

Earlobe Reduction/Enhancement – As woman age and with the lifelong use of ear rings, the ear lobes will frequently get longer. The size of the ear lobe can easily be reduced (earlobe reduction) in the office and it is a procedure that I often do at the same time of a facelift. Aging may also make one’s earlobes get quite thin and almost shriveled in appearance in very thin females. Injectable fillers, such as Juvaderm or Radiesse, can give an immediate rejuvenation effect to the earlobes that may last as long as a year.

Eyebrow/Eyelash Hair Transplants – The science of hair transplantation has evolved to the point that single hair (follicle) transplants are now routinuely done in scalp hair restoration. It is quite logical that single follicular transplantation be applied to very small areas such as the eyebrow and even the eye lashes. The alternatives of permanent makeup, colored pencils, and false eyelashes made opting for actual hair tranplants a difficult decision. But some few patients do.

Umbilicoplasty – While every full tummy tuck patient gets a new bellybutton (umbilicus), some non-tummy tuck patients want one also. Most commonly, it is to change an outie to an inne belly button.

Nipple Reduction/Nipple Enlargement – I have seen it both ways. The concern of large nipples is that they can be very visible through clothes…and at all times. Reducing the size of the nipple is a simple procedure and some women may lose a little sensation. Most recently, I have started to some men that want their nipples reduced also! Conversely, nipple enlargement or enhancement is about changing an inverted nippled (which is turned inward) to one that has some outward projection. While not quite as predictable (long-term result) as nipple reduction, the nipple can be released and brought more outward.

Corner of Mouth Lift – The downturning of the corners of one’s mouth with age gives a sad or angry appearance. A simple procedure in which a small amount of skin is removed and the corners lifted up and the mouth line leveled gives a nice and subtle improvement. Such a procedure is a simple office operation or is often done as part of a facelift. This is actually an old procedure that has now been ‘reinvented’ or rediscovered.

One wonders what this list will be in another ten years!