Evaluation of the Safety of Multi-Procedural Facial Feminization Surgery 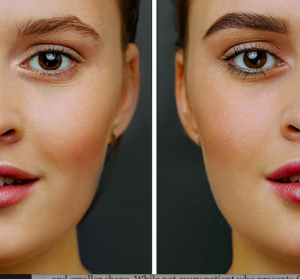 Facial feminization surgery (FFS) is a collection of over a dozen facial procedures done in an effort to soften the face and achieve a more feminine facial shape. Most of these procedures are reductive in nature and largely reduce the skeletal support of the face into a less angular and smaller shape. While not every patient who presents for FFS needs every procedure available most need at least several of them done concurrently. Such surgeries can last anywhere for 3 to 8 hours to fully complete. Because of the often extended time of the surgery it is reasonable to assess the safety profile of this type of facial surgery.

In the October 2021 issue of the Journal of Craniofacial Surgery an article was published on this topic entitled ‘Current Trends in Facial Feminization Surgery: An Assessment of Safety and Style’. Over a five year period patients with gender dysphoria were identified from a national data base and assessed for complications that occurred in the first 30 days after surgery. Statistica analysts was used to determine the independent predictors of posteopertive complications.

Of the seventy-seven (77) patients studied a total of 220 procedures were done, averaging around three procedures per patient. Over the five year period the number of FFS patients increased dramatically from the first year studied (3) until the last year assessed (41) correlating with the known increase in popularity of the surgeries. For the type of FFS procedures performed  the most commonly performed was forehead reshaping/brow bone reduction (68%), orbital contouring (48%), rhinoplasty (44%), lower jaw reduction (44%), tracheal shave (35%), chin reshaping (14%), browlift (12%), cheek augmentation (12%) and lip lift. (9%)

Patients who had five or more procedures concurrently was just over 50%. Compication rates came in around 4%. There was some indications that higher complication rates were found in older patients but this was not found to have statistical significance. Longer operative times and the number of procedures performed during a single surgery were not predictors of postoperative complications.

This study provides evidence that FFS is safe and is not associated with a significant complication rate.  To some degree this would be largely expected since FFS is really autologous surgery, meaning the pure manipulation of the patient’s own tissues and usually no implants are needed to achieve the desired aesthetic effects for almost all of the procedures. Between being an autologous surgery and with a patient population that is usually younger rather than older, significant complications would not be expected. But it is important to differentiate between complications rates and the potential for revisional surgery…which would not be identified in a 30 day postoperative time period. Unlike medical complication rates the potential need for revisional surgery (largely for aesthetic reasons) would occur much later than a 30 day after surgery time period and is definitely correlated with the number of procedures performed. (which is the same for every other types of aesthetic facial surgeries)