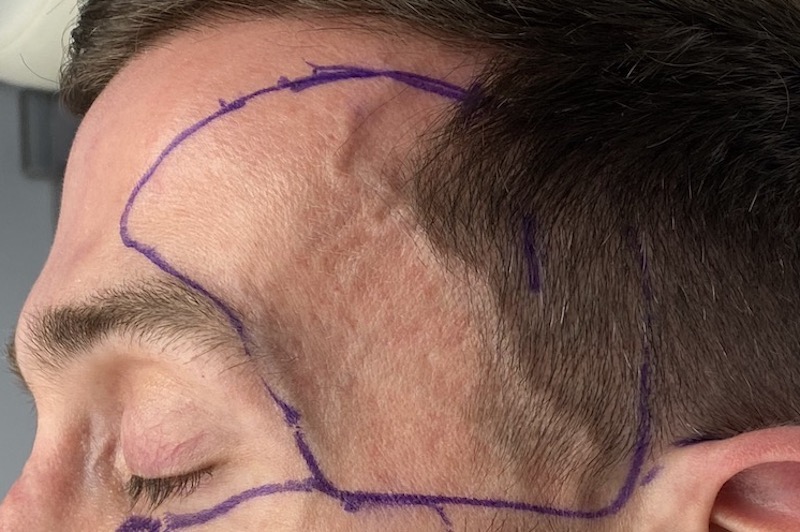 Temporal implants are unique amongst al other forms of face and skull implants for two specific reasons. First it is a soft tissue implant as its intent is to augment the temporal muscle and not bone as the very outer surface of the side of the head is muscle. Secondly it is an implant that cab have three different tissue pockets, submuscular, subfascial and extra fascial. Which tissue pocket is appropriate depends on what external surface augmentation is desired. 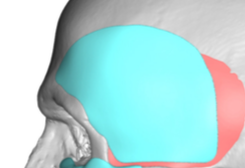 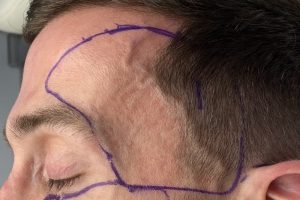 In the placement of custom extended temporal implants that has a forehead extension, dissection is done from an incision behind the ear. Staying on top of the deep temporal fascia is important to avoid injury to neuromuscular structures which are in the immediate vicinity. The most visible is the path of the superficial temporal artery. What is not visible is the frontal branch of the facial nerve which runs a similar path as the superficial temporal artery onto the forehead albeit lower.  These structures lies in the intermediate and superficial fascial layers above the deep temporal fascia.

For this reason dissection for the placement of this type of custom temporal implant can be safely done without injury to these neurovascular structures. But great care must be done to be certain the instruments stay on the deep temporal fascial surface when doing this blind dissection. To aid the crossing of the bony temporal line an additional dissection angle should be done from the superior forehead/scalp area which meets with that of the temporal fascial dissection as it crosses he bony temporal line at a 45 to 6o degree angle.