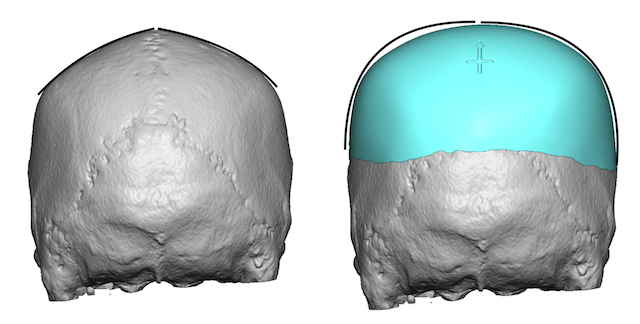 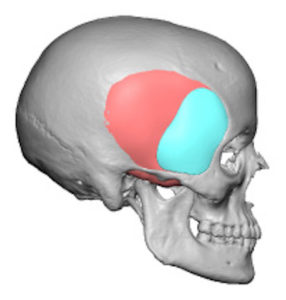 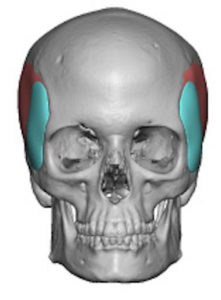 Temporal augmentation can be done with fillers, fat and implants. While temporary injectable fillers can help with making a reversible decision about any change, the debate in permanent augmentation really comes down to fat injections vs implants. That decision is guided by the magnitude of the change desired and its priority level in the overall facial reshaping efforts. If only a modest augmentation is needed fat injections, despite their unpredictable volume retention, is an appropriate match for the level of concern. More significant and assured augmentation comes from the use of standard temporal implants which are designed to augment the entire non-hair bearing temporal area. (anterior temporal zone) These are muscle augmentation implants that are placed underneath the temporal fascia from an incision behind the ear and typically cover from the zygomatic arch up to, but just below, the lateral temporal line. Because they do not cross the temporal line this will not have a forehead widening effect. 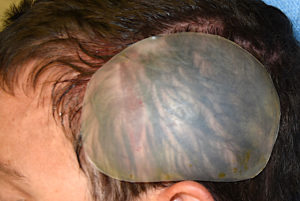 For the more narrow head, which refers to the temporal region in the hair-bearing scalp along the side of the head (posterior temporal zone), temporal augmentation can be done to create an enhanced head width effect. Using a custom temporal implant design, which is also introduced from an incision behind the ear, the implant is placed either under the temporal muscle or underneath the temporal fascia on top of the muscle. (based on the extent of the implant coverage) Such posterior temporal augmentations can very effectively increase head width/convexity.

There a number of features of the skull that are more commonly associated with men than women. While most of these recognized differences are in the forehead, the male skull tends to be both thicker and broader. This creates a head shape that is wider between the temporal lines with a less convex top of the head shape in the frontal view. The width of the sides of the head is also greater, or at least has greater convexity due to a thicker temporal muscle. 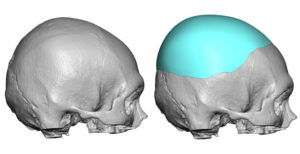 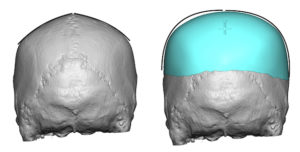 Besides the capability to increase the width of the head through temporal augmentation, the shape of the top the head can be altered as well through the use of custom skull implant designs. The head can be made broader with less convexity and have more visible temporal lines if desired. Placed through asmall scalp incision as compared to the width of the implant, substantial skull shape modifications can be reliably achieved.