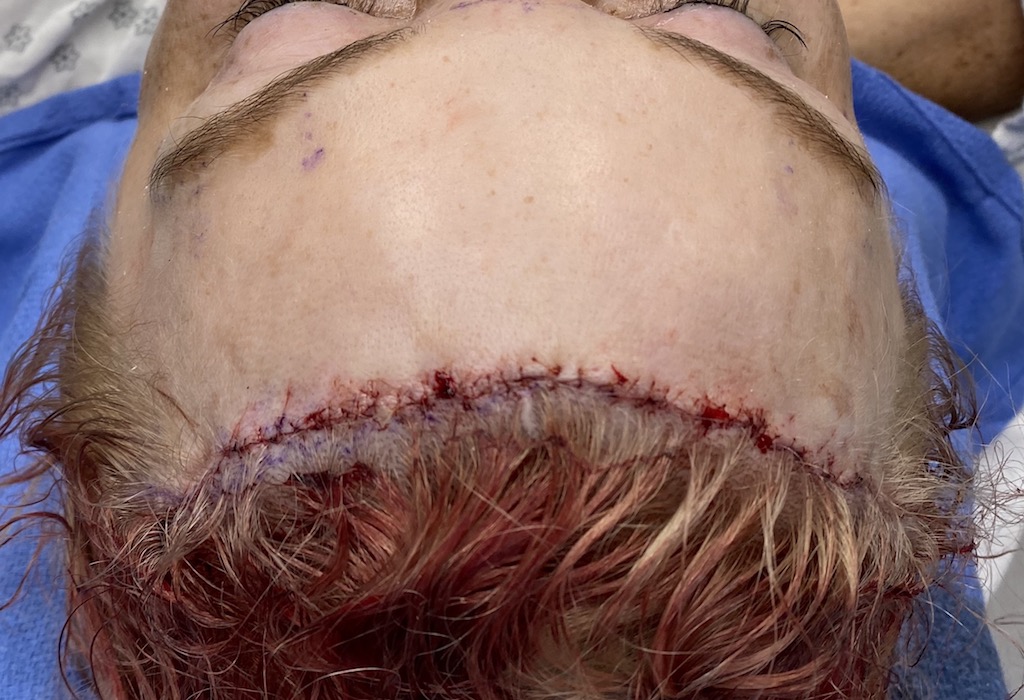 The long upper third of the face, or the vertically long forehead, can only be treated by one fundamental approach…lower the hairline. To do such forehead reduction requires either hair transplantation or the frontal hairline advancement procedure. There are advantages and disadvantages to either approach and neither one is an ideal solution to every patient. The location of the frontal hairline, its density and shape and how much forward/inferior hairline lowering is needed all factor into the best approach. 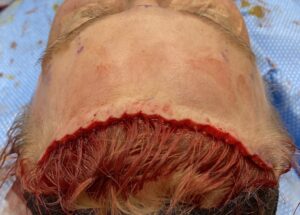 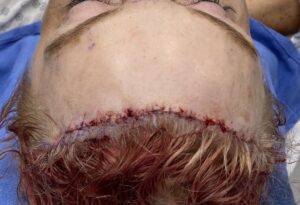 In the March 2021 issue of the journal Aesthetic Plastic Surgery an article was published on this topic entitled ‘Forehead Reduction Surgery via an Anterior Hairline Pretrichial Incision in Asians: A Review of 641 Cases’. In this paper the authors present a retrospective analysis of their surgical design and postoperative complications from the surgery over a twelve year period in a large number of patients. (over 640) Specifically

the amount of skin removed, any postoperative complications that occurred during the first three months after surgery, and the long term forehead length determined at two years. Aesthetic outcomes/scars were assessed by three independent surgeons and subjective satisfaction reported by patients at three months postoperatively.

The average amount of upper forehead skin removed was around 16.5mms as measured between the mid-papillary lines. Means (standard deviation [SD]) for subjective and objective measures of postoperative scarring were 1.32 (0.49) and 1.78 (0.66), respectively. The means (SD) for subjective and objective postoperative aesthetic scores were 4.38 (0.47) and 3.98 (0.39), respectively.

They concluded that such forehead reduction surgery has a low rate or complications with high patient satisfaction rates.

Besides the very large number of patients who had the surgery, it is equally relevant that this a series of Asian patients. Such patients who have more intermediate skin pigments are challenging for consistent favorable scar formation. Their naturally thicker scalps may also allow more hairline lowering than may be possible in some less pigment dense Caucasian patients who often had thinner scalps as well.