Many disfiguring and debilitating scars, particularly those of a burn origin, are often associated with pain and itching in addition to their appearance. The use of fractional laser resurfacing, which is now about a decade old, has become a very valuable treatment method for these types of traumatic scars. To those experienced in using it, its functional and cosmetic benefits have become viewed as a breakthrough scar treatment method. 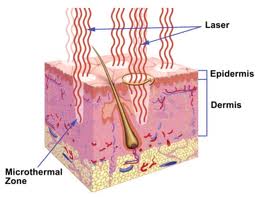 In the online first publication of the December 2013 issue of JAMA Dermatology, an article was published entitled ‘Laser Treatment of Traumatic Scars With an Emphasis on Ablative Fractional Laser Resurfacing – Consensus Report’. Eight independent, self-selected academic and military dermatology and plastic surgery physicians with extensive experience in the use of lasers for scar treatment assembled for a 2-day ad hoc meeting. Consensus was based largely on expert opinion and relevant medical literature reports.

The consensus of these eight experienced multidisciplinary practitioners is that laser treatments, particularly that of fractional laser resurfacing, deserves a prominent role in scar treatments, with the possible inclusion of early intervention for contracture avoidance and assistance with wound healing. Its results are not only very promising but is an underused tool in the multidisciplinary treatment of traumatic scars. Changes to existing scar treatment paradigms should include extensive integration of fractional resurfacing and other combination therapies guided by future research.

What is most important is this consensus report is that it speaks to the treatment of traumatic burn scars, one of the most challenging of all burn scar problems. Significant hypertrophy, contracture and pain are the hallmarks for these scars. A fractional laser approach, which ‘punches’ thousands of tiny slits in the scar, serves as a mechanism of scar release. When combined with immediate physical therapy to further release the contracture and increase range of motion, significant scar improvement occurs regardless of any appearance change.

This report of fractional laser treatments should not be confused with many other types of scars that are more favorable, albeit still distressing to many patients. The role of the fractional laser in fresh incisions and early traumatic non-burn scars is more speculative and not yet proven and needs further clinical study to determine potential effectiveness.