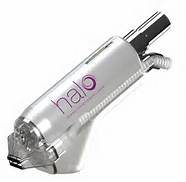 The face of laser resurfacing has changed with the emergence of the HALO hybrid fractional laser. The HALO combines non-ablative and ablative fractional lasers into a single dual-wavelength laser. It allows the delivery of both 1470nm and 2940nm wavelengths to the same microscopic thermal zone. HALO works by delivering ablation sequentially followed by coagulation to the treatment zone. The 2940nm wavelength delivers pure ablation from 0 to 100 microns into the epidermis. The 1470nm wavelength delivers pure coagulation between 100 to 700 microns to the epidermis and dermis. This ability to precisely deliver energies to the epidermis and dermis allows for customized treatments.

Beyond its hybrid technology, HALO has several other features that improves its usability. HALO uses intelligent energy-based parameters to ensure that there is a consistent and even treatment by taking the size of the treatment area and creating the exact amount of energy to treat it. Dynamic Thermal Optimization technology ensures that the treatments are even from beginning to end through skin temperature monitoring. 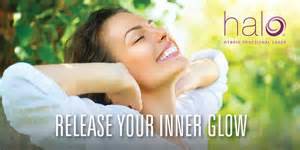 Clinical tests have repeatedly shown remarkable improvements in skin texture and pigment reduction. There is even improvements in pore size and number. In a few treatments HALO produces results that are typically seen in 2 or 3 times as many treatments as with older non-hybrid lasers. Patients report less overall pain after the treatment compared other lasers. They also have a very short duration of peeling and are able to put on makeup the next day.